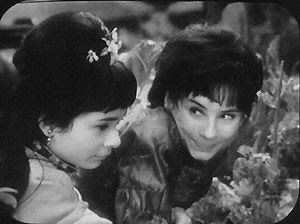 Still on the subject of Doctor Who -- sort of -- the Missing Believed Wiped team are trying to drum up new members for their Facebook group.

Missing Believed Wiped is a team dedicated to seeking out episodes of TV shows, including Doctor Who, missing from the official archives at the BBC, ITV and other UK YV producers. A considerable amount of our TV heritage was destroyed in the 1970s, black and white episodes (as well as some colour) apparently to make room for more recent productions in the vaults.

Although it's likely many shows are irrevocably now the stuff of mere memory, often programmes were transferred to film for sale overseas and it is this that gives the MBW team hope that one day the shows will live again. While foreign broadcasters were supposed to either return the prints to be destroyed or destroy them themselves once they had been shown, this often did not happen and were filed away and forgotten in the vaults of TV stations worldwide. Films also 'escaped' destruction, onto the collector circuit .

Episodes have been recovered from both these sources many times throughout the years and hopefully will continue to be for many years to come.

The MBW Facebook group complements the work of the MBW web site, aiming to group to spread the word about the 'lost' classics of television, film and radio and maybe even find a way of plugging some of the gaps. Have you, or your parents or grandparents, got a collection of Film Reels tucked away in an attic or shed somewhere, gathering dust? Did someone in your family have one of the earliest video recorders in the late 1960s?

Despite interest in the missing material, which includes episodes of shows such as Ace of Wands, Doctor Who (such as Marco Polo, pictured above, which currently exists only as telesnaps), Dad's Army, Timeslip and more, "We seem to have hit a bit of a glass ceiling with members," says Cliff Chapman, "hovering around the 290 mark or thereabouts for quite a while, dropping off a couple of people every time another couple join."

Cliff hopes a renewed appeal for members might spur someone to come froward with missing material - or leads to it.

"One of the remits of this group is simply to make people aware of the situation, and get them to check if they're sitting on anything useful without realising it," he explains. "We must thrive on getting a message out... otherwise it's just preaching to the converted, grandmothers, sucking eggs etc...!"