downthetubes is sorry to report the death of San Francisco cartoonist Phil Frank, whose cartoons graced the pages ofthe city's The Chronicle and other newspapers for more than 30 years. He was 64. Paying tribute to Phil, The Chronicle reports he died on Wednesday night in West Marin, a place he loved, only a few days after he announced his retirement from drawing his well known and much loved strip Farley because of illness.

Frank's alter ego was a newspaper reporter on The Daily Requirement and sometime park ranger named Farley, the central character in his Farley comic strip, which he once described as "really a horizontal column, documenting the life and times of the characters in the Bay Area." It was the only local comic strip in the United States, and included a cast of characters that included politicians, bears that ran a restaurant called the Fog City Dumpster in San Francisco and were rabid San Francisco Giant fans, a raven named Bruce, feral cats and assorted humans like Velma Melmac, a female camper who spent her time trying to make nature just like her suburban home.

Fellow cartoonist and close friend Michael Jantze, who draws The Norm, describes Phil as "one of the brightest stars in our Northern California cartoonist galaxy. A friend, a mentor and about the nicest guy on Earth to so many of us. He'll be missed."

Phil Bronstein, editor of The Chronicle says Phil Frank was one of those rare artists whose work really defined and articulated the spirit of San Francisco.

"Like his main character, Farley, Phil was a consummate and devoted journalist and proved that great reporting on this unique place can take many forms. We'll sorely miss Phil, the characters he made us feel so connected to and the way in which he saw the world." 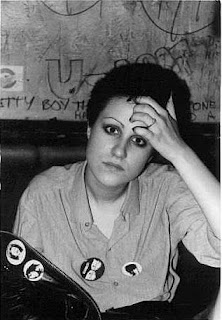 The exhibit features paintings and comic art by Stuckist Painters and Mauretania Comics artists Paul Harvey and ROK Comics' Chris Reynolds, plus paintings by guest Stuckist Mike Tilley. It will also feature photographs and relics of the ship.

Pauline Murray was lead singer in the 1977 punk band Penetration. They were signed to Virgin Records, released two highly acclaimed albums, many singles and toured extensively throughout Britain, Europe and the USA. After the band split in 1979 Pauline began a successful solo career and recorded the ground breaking Pauline Murray and the Invisible Girls album with legendary Factory producer Martin Hannett. In 1984 she set up her own record label, Polestar, and released singles and an album as 'Pauline Murray and the Storm'. In 1990 she opened Polestar Studios, a rehearsal and recording facility in Newcastle. She is still writing, recording and performing with the reformed Penetration.
Posted by John Freeman at 1:42 pm No comments: 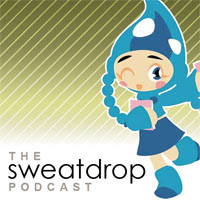 This month's Sweatdrop podcast, published by UK manga publisher Sweatdrop Studios, is a special event, as each of the four presenters were previously winners of Tokyopop's "Rising Stars of Manga" competition.

The creators talk about how they prepared and planned their comics, and what they went through whilst producing them. They also offer tips and advice for anyone who is entering Rising Stars of Manga or any other short manga competitions.

Sweatdrop Studios (www.sweatdrop.com) is a group of over 20 UK-based manga artists which has been operating for more than five years. They havepublished a number of anthologies such as Cold Sweat and Tears, Blue is for Boys and Pink is for Girls, as well as original titles such as Looking for the Sun by Morag Lewis and Fantastic Cat by Selina Dean.

Sweatdrop members Emma Vieceli and Sonia Leong also recently released Hamlet and Romeo and Juliet respectively with Self Made Hero, as well as working on original titles with Sweatdrop.

Email ThisBlogThis!Share to TwitterShare to FacebookShare to Pinterest
Labels: Manga

Marvel Studios and Sony Pictures Television have doubled the original episode order for the new animated TV series The Spectacular Spider-Man, for a total order of 26 thirty minute episodes.

The series is currently in production at Culver Entertainment, which has begun the new set of 13 episodes. The initial 13 episodes are still slated to premiere in early 2008 on Kids' WB! on the US CW Network.

The series wil follow Spider-Man's mythology from the beginning of his hero's journey as a not-so-typical 16-year-old, with Peter Parker's new-found powers engaging the multi-leveled pressures of teenage life while combating bigger, badder super-villains in the real world.

Greg Weisman (Gargoyles,The Batman) is supervising producer on the show with Victor Cook (Hellboy: Blood and Iron) as producer/supervising director.
Posted by John Freeman at 6:11 pm No comments: