Read this blog on your mobile

John Roshell over at Active Images put me on to feedm8, which offers a means to make a more mobile-friendly version of this blog for phones. Thought I'd give it a try: check out the "get mobile version button", right...
Posted by John Freeman at 9:35 pm No comments:

Email ThisBlogThis!Share to TwitterShare to FacebookShare to Pinterest
Labels: MobileNews 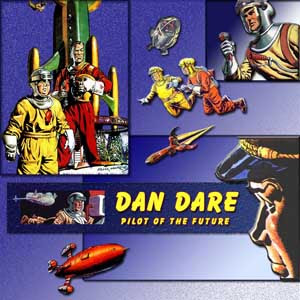 BBC4 is continuing its efforts to mine Britain's rich science fiction and comics culture with a new documenatary on the 1960s cult classic puppet show Thunderbirds.

Dan Dare fan site dandare.info reports the Beeb has discovered Dan Dare was an influence on the look of the show created by Gerry and Sylvia Anderson and designed by Derek Meddings, and may be using the Dan Dare montage created by Barbara Kershey for the Luxembourg Comics Expo in 2003 featured on their pages (right).

Thunderbirds has a more obvious comics connection with Dan Dare of course: artist Frank Bellamy reinvented Dan Dare's look for Eagle and drew most episodes of the Thuderbirds comic strip for TV Century 21.
Posted by John Freeman at 7:53 pm No comments:

Way back when I came up with a lab animal gag I still like and my mate Tim Stevens did too since he's remembered it 20 years later, and suggested an update. So here are both cartoons in ROK Comics format -- completely free to read online. The final panel is Tim's gem.

Posted by John Freeman at 12:56 pm No comments:

Bad news for TV fans. Sitting too close to the TV has been proved to be bad for childrens eyes, but a new study also show too much television may be linked to a bad attention span. According to a large long-term study carried out by Erik
Landhuis of the University of Otago in Dunedin, New Zealand, watching television more than two hours a day early in life can lead to attention problems later in adolescence, and a starring 40 per cent increase in attention problems among heavy TV viewer.

Symptoms of attention problems included short attention span, poor concentration, and being easily distracted, because children who watch a lot of television may become less tolerant of slower-paced and more mundane tasks, such as school or house work.

Erik Landhuis, reported by in New Scientist, says that while the findings don't actually prove TV viewing causes attention problems, it may be that children prone to attention problems may be drawn to watching television.

Generally, he says, "Our results show that the net effect of television seems to be adverse."
Posted by John Freeman at 9:21 am No comments:

Email ThisBlogThis!Share to TwitterShare to FacebookShare to Pinterest
Labels: TV 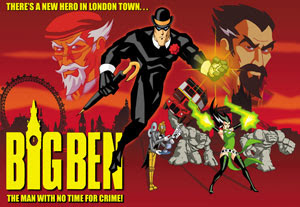 Former Comics International and Warrior editor Dez Skinn has been in touch with downthetubes to update us on his upcoming projects -- the first of which is an animated show based on one of the characters from Warrior - Big Ben.

"I'm currently developing Big Ben, The Man With No Time For Crime for the market he was born for," Dez reveals, "Kid's animated TV. ('Cos he's more than a powerpuff!)" 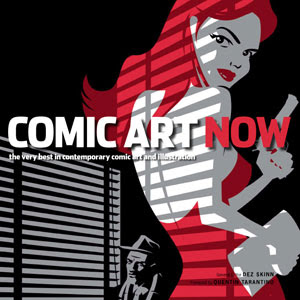 "With well over 100 artists work on show (US, UK, Brazil, Sweden, Manila, Tokyo, Singapore, Bulgaria...), plus full contact details, it gives our industry something it's long needed, "Dez explains, "An equivalent to The Creative Handbook, The Art Directory, etc and gives creators a general audience exposure and puts their names/email addresses in the hands of account execs and the like who invariably steal their styles because they don't know how to find them.

"Uniquely," he adds, "Unlike the existing directories which charge for inclusion, this book's selection for inclusion is based on the quality of the art rather than the artist's bank balance!"

Who would have thought it? Web search engine giant Google rightly marked 50 years of spaceflight with a terrific Sputnik-decorated version of their logo last week, but now it seems right wing commentators in the US feel this is the start of a slippery descent into Communist takeover for the successful company.

In an article picked up by the Los Angeles Times, WorldNetDaily described the re-design as "celebrating communism", blithely ignoring the fact that it was the 'Communists' who were the first into space and the Americans a measly second.

If America had got a satellite into orbit first, I'm sure Google would have put that on the logo, and I bet that come 21 July 2009 they may well do something to mark the 40th anniversary of the first moon landing (that was by Americans, in case anyone from WorldNetDaily ever reads this).

Sadly, it seems the criticism is simply part of a much wider agenda on the part of some narrow minded factions within the US who seem hell-bent on trying to ensure Americans only think about certain things and return to the kind of blinkered isolationism it revelled in before the First World War. It was a naive view then, and highly dangerous now.
Posted by John Freeman at 11:24 am No comments:

"Alan Moore, the undisputed, eccentric king of comic-book writing, made it acceptable for literary-minded adults to enjoy books about superheroes. Will his new book do the same for erotica? Susanna Clarke, the novelist and long-time Moore devotee, speaks to him about sex, magic, and why he prefers his home town to Hollywood."

• Read the full interview with Alan Moore on the Daily Telegraph web site
Posted by John Freeman at 2:48 pm No comments:

Posted by John Freeman at 2:22 pm No comments:

The hunt for an intrider aboard the Armstrong hots up. You'll need to download this to your mobile to read the full strip

Posted by John Freeman at 2:20 pm No comments:

The hunt for an intruder aboard the Armstrong hots up. You'll need to download this to your mobile to read the full strip

Posted by John Freeman at 2:20 pm No comments:

Trouble below decks aboard the spaceship Armstrong...

The Armstrong continues toward Earth. You'll need to download this to your mobile to read the full strip.

Posted by John Freeman at 2:07 pm No comments:

More characters introduced. You'll need to download this to your mobile to read in full.

• For the latest strips and more information check out www.exastris.co.uk
Posted by John Freeman at 2:05 pm No comments: