Nothing is more beautiful than the original, and the art of Trigan Empire artist Don Lawrence is certainly that. Now, there's a rare chance to view a huge range of his work, all offered for sale, coming up - but the catch is, it's in Holland.

Organised by the Don Lawrence Collection team, the publishers of a series of stunning hardcover Trigan Empire collections in Dutch and English, on display will be Lawrence's art for his European strip, Storm, alongside art by Romano Molenaar and Jorg de Vos.

Running from 16th-18th September 2010 at a carefully-guarded and, it seems, secret location in Oosterhout, Holland, admission is free but viewing is by appointment only. The opening hours on Thursday 16th and Friday 17th September are from 7- 10.00pm and Saturday 18th September 18th from 12.00 to 5.00pm. Artist Romano Molenaar will be at the exhibition on Friday and Jorg de Vos on Saturday.

If you would like to visit the exhibition please register via infoATstorm.nl, giving a clear indication of what day and what time you want to vist. After registration you will receive the invitation with more information such as location in Oosterhout.

• More about Don Lawrence on the Collection web site
Posted by John Freeman at 3:25 pm 1 comment: 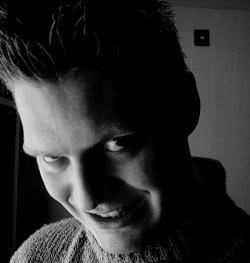 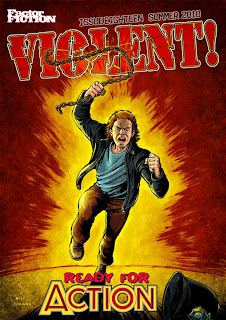 Starting a new series of the UK's only weekly radio show about comics, now under a new (old) name, Panel Borders has a month of shows looking at the 'British Invasion' of UK creators who have worked on American and American-style superhero titles.

In this week's show, Alex Fitch talks to Chris Claremont, a veteran comics writer born in London who became one of the most prolific and popular American comic book writers of the 20th century, most famous for a 16 year sojourn writing the Uncanny X-Men from 1975 - 1991, with his last few issues selling in the region of eight million copies each.

In the interview, the team focus on a superhero Chris created for the UK market - Captain Britain - in 1976, his relocation to America via the monthly comic Excalibur in 1988 and his more experimental X-Men spin off - New Mutants - which he created in 1982 and returned to writing last month.

Also, in a 60 second (!) interview recorded at the premiere of Scott Pilgrim vs. the World in London, Alex talks to British director Edgar Wright about bringing a different kind of superhero to the screen. 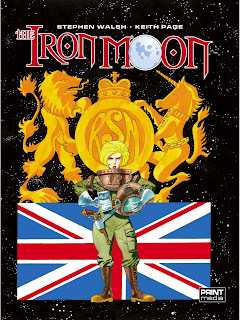 Print Media Productions, publishers of the upcoming monthly STRIP Magazine, have confirmed they will be exhibiting at the British International Comic Show.

Publisher Ivo Milicevic, whose Bosnian comic titles include Strip, Metal Hurlant and science fiction title Plavi, will be at the event, as will STRIP Magazine editor John Freeman, who is also owner of downthetubes.net.

PJ Holden, one of the creators working STRIP Magazine, will be on the PMP stand at the weekend, as will screen writer Stephen Walsh and Commando artist Keith Page, signing copies of their new steampunk-inspired graphic album - The Iron Moon, the first PMP graphic album.

John Freeman will be appearing on a panel organised by the Comic Book Alliance on Saturday, talking about the British comics industry.

PMP has a range of graphic albums planned through 2011 and a special preview of these and STRIP Magazine will be available at the event.

New originated stories planned for the range include The Quest, drawn by 2000AD and Interzone artist SMS; Age of Heroes by James Hudnall and John Ridgway; and a selection of European albums published in English for the first time, including L' Heritage du Diable (The Devil's Heritage) by Gastine & Felix.

The twentieth century is just around the corner and Queen Victoria is hale and hearty as she heads into the second century of her reign. The British Empire stretches from the white cliffs of Dover to the red skies of Mars. Go-getting men and women of the imperial dominions flock to the colours, eager to make reputations and fortunes in the wilds of high space. 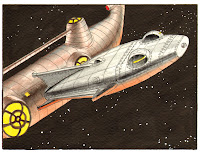 Take lieutenant Charlotte Corday, for instance. Born in what used to be known as France, she has risen to prominence through the ranks of the Royal Space Navy and now finds herself up to her neck in her greatest escapade yet. Watch as she travels to the mysterious Iron Moon! Marvel as she grapples with a conspiracy that may see the galaxy plunged into war! Goggle as she meets new and strange races, both mechanical and biological! Ponder how she manages to put away so many cups of tea! And prepare to have your brain scrambled as she scoops us up and carries us to the very limits of this universe... and into the next!

Iron Moon writer Stephen Walsh has written multiple volumes of DC Thomson's Commando Picture Library, as well as the graphic novel The Acid Bath Case (illustrated by Kellie Strom). He co-wrote the feature films How Harry Became A Tree, released in 2001, directed by Goran Paskaljevic and the upcoming Where The Sea Used To Be, directed by Paul Farren. He's currently working on a documentary about John Ford with the director Sé Merry Doyle, as well as preparing further adventures of Charlotte Corday with Keith Page.

Inspired by the great British comics artists of the past such as Frank Hampson, Don Lawrence and Joe Colquhoun, Keith Page has worked full-time in comics and illustration for some 17 years.  Subjects have ranged from television-related material such as Thunderbirds, science fiction, and his current war stories of all periods for Commando. A variety of Keith's work can be seen on www.keithpageukcomicsartist.blogspot.com.

• If you would like to know when The Iron Moon is available, drop PMP a line at the dedicated email address for this project - johnfreeman6-ironmoon@yahoo.co.uk
Posted by John Freeman at 4:29 pm 3 comments: 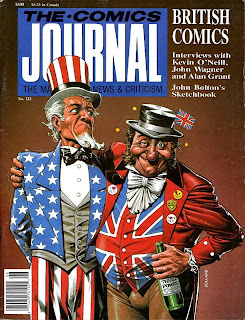 Anyway, that's all for now, folks. See you at my next Tube Surf!
Posted by Matt Badham at 1:40 pm No comments: