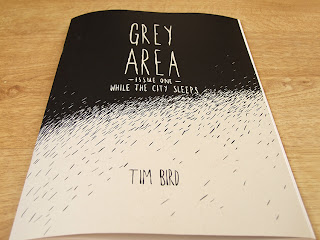 Titled While The City Sleeps, Tim's first full length comic is a paean to London and the culmination of an obsession that started when he moved to Golders Green in 2005, and is the first issue of an ongoing series featuring three vignettes exploring the metropolis at night.

Anyone familiar with Tim's work will recognise the poetic yet documentary eye and the confident lines that have garnered comparisons with the likes of Daniel Clowes, Seth and Craig Thompson, as he takes a tour above ground and below, through the then and now, and across the spectrum of stark anonymity and hazy society that coexist in our cities while some of us slumber. 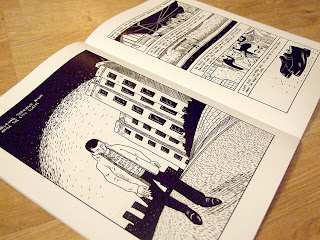 "I wore comfortable shoes and carried my camera everywhere," he continues. "I photographed graffiti, bus stops, abandoned supermarket trolleys, tower blocks, barbed wire and construction sites. I would walk along the Regent's Canal from the Thames up to Little Italy, or along the Lea Valley from Tottenham Marshes out past the M25 into Essex - Waltham Abbey where shops close on Sundays." 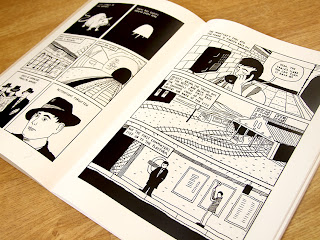 Tim, who lives in South London, is a prolific web comic creator whose works include It’s A Bird’s Life, about the things that happen in his life – some important, some mundane, some funny and some serious.

"My comics take inspiration from the minutiae of city life," he says, "the stories found amid urban domesticity, the friends and family that I surround myself with."

He has also drawn comics that feature in Tiny Dancing and Reads, both published by Avery Hill Publishing, and contributed to the 69 Love Songs, Illustrated project; and a short comic to the first issue of Off Life, the UK’s first street press comics magazine.
• Grey Area Issue 1 is printed in A4 size, features 28 black and white pages with a Cairn Board cover, and is available now from the Avery Hill Publishing shop: www.bigcartel.averyhillpublishing.com