The “family fun day” event is run by Avalon Arts, a collective organising workshops, alternative and craft fairs and music performances. The site is a good one: Haymarket Arcade is located at the bottom of the central , about five minutes walk from City Hall. The recently converted arcade has some resonance for comics readers. It was once the route taken through to the original site of The Talisman (now FPI Belfast), one of ’s first comics shops, as well as Impulse Comics in the late nineties. Impulse, currently known as The Stack, (Little Victoria Street), will be selling comics at the event, which features the opening of a week long comics art exhibition, signings, sketches, face-paintings, comics-related art stuffs, such as redecorated furniture, woollies and badges.

The Belfast Comics Fayre takes place on December 9th from 12-6pm, and is supported by The Black Panel. Set-up by Paddy Brown in 2010, The Black Panel presented sixty Irish comics to the public over sixty dates through local art market stalls. With city licensing laws clamping down on markets, The Panel is looking to work with retail outlets to establish multiple new venues. After the official re-launch at the Fayre, selections from the range will enjoy homes at both Haymarket Arcade, and The Stack in the months following. 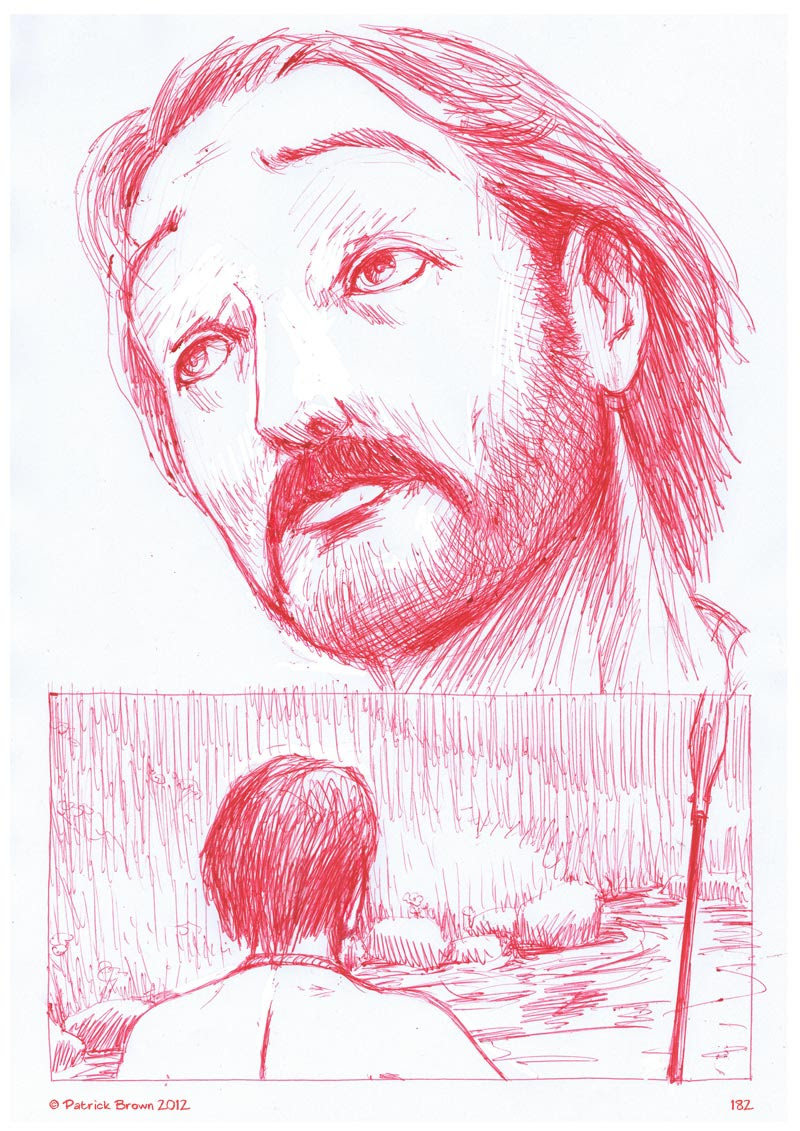 In a hundred years, I reckon Paddy Brown will be remembered as one of 's finest cartoonists. His Cattle Raid of Cooley (right) calls to the reader to glide around the pages and take in the detail, but to go when he says. The division of art/lettering to two different spectrums is going to take me some getting used to, but it's different. And Cattle Raid is a psuedo-sensory experience. He’ll be launching Issue 7 of his acclaimed adaptation of the Irish myth at the event.

Hi, that’s me, so it is. I’ll be launching Kick!, a series of cheaply priced pocket humour strips  as well as selling my new Christmas card range, which includes Xmas Panto comic, The Last Noel. I’ll also be selling The Moods of Prime, a twenty-page colour mini-comic made during a fit of depression, about depression, empowerment, and imaginary Transformer friend,Optimus Prime. I’ll also be running The Magnificent Comic Book Factory, a workshop aimed at creating and publishing a new anthology on that day! 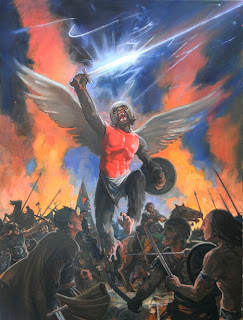 Eoin McAuley is the producer of a genre-spanning beautifully coloured comics anthology. "Lightning Strike Presents" compiles some of Ireland's freshest yet fully realised comics talents. Eoin will be travelling from Dublin with two contributors with copies of Issue 1 for autographing and sketching, some exclusive sneak peak material from their upcoming issue #2, and the video game project they're working on with CRG.

Ciaran Marcantonio is the writer of A Clockwork Universe for Lightning Strike, and an un-produced Highlander book with Dynamite Comics and the late Bill Panzer. Ciaran was noted as one of the most promising new faces on the Irish scene, during his recent interview with the 2d podcast.

Joining Eoin and Ciaran on their trip to the North is Daryl Cox, artist on Monkey of Oz, a strip about a flying monkey set in L. Frank Baum's Oz mythology. Eoin will be present on the day to talk about his experiences with Lightning Strike, and comics in general. 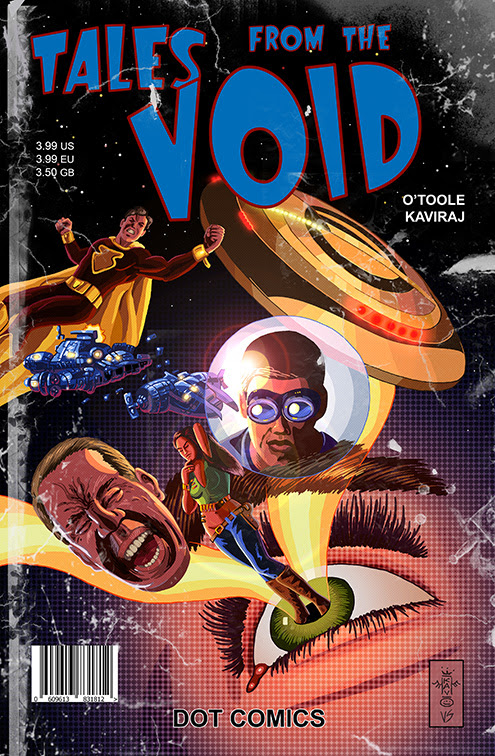 Darrin O'Toole is a writer from Dublin, Ireland. He has written "Tales from the Void" for DOT Comics, which was showcased to great acclaim at both D.I.C.E.  and Thoughtbubble in Leeds. Darrin was runner up for the Dundee Comics Prize and his most recent published work is 'The Amazing Mr. X" for DC Thomson, which also launched at Thoughtbubble. Upcoming releases include "Singularity" & "Bodyjocks" which are both in the Markosia published "British Showcase Anthology" ,"Earthruler", "Lady Babylon: An Occult Romance" as well as the science fiction novel "The Pantheon Bell".


There are also unconfirmed guests. Will they include 2000AD legend and Game of Thrones story-boarder Will Simpson, or neo-2000AD legend PJ Holden? Also rumoured are Atomic Diner authors Rob Curley and Stephen Downey (Jennifer Wilde) Their fellow creator on the forthcoming Noe the Savage Boy, Mal Coney, is local and may well make an appearance. 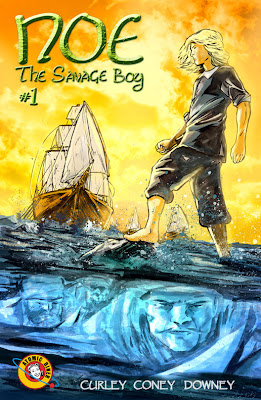 There’s also a great bar, The Hudson, on site. I rest my case.