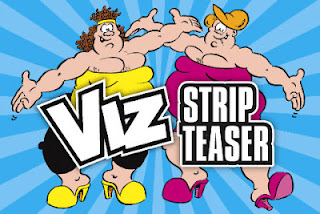 ROK Global, the company behind ROK Comics, has just announced its latest mobile application -- a highly innovative  iPhone application featuring characters and content from the hugely popular adult comic Viz, has been launched on the iPhone App Store.

Developed for Dennis Publishing, the Viz Strip Teaser iPhone application will provide customers with all the latest Viz characters and content.

One issue is included in the app's free download, with subsequent issues priced at £1.49.

The App's design means you can read a page of VIZ panel by panel but utilises the overall page as it appears in its original print format, the reader "sliding" from one panel to the next.

“Viz is a national institution so we’re delighted to have been chosen to develop the magazine’s iPhone app which we’re confident will prove very popular indeed.” Said Jonathan Kendrick, Chairman of ROK  Global. 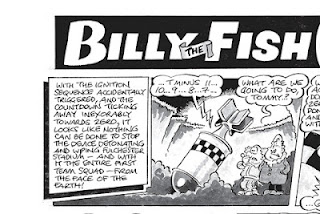 The Viz Strip Teaser is one of several comics-related digital applications and products developed by ROK. Its projects include the Team M.O.B.I.L.E. comic, created by Jonathan Kendrick, which will also be released on iPad and iPhone.