Leaping Leopards! It's the new Commandos 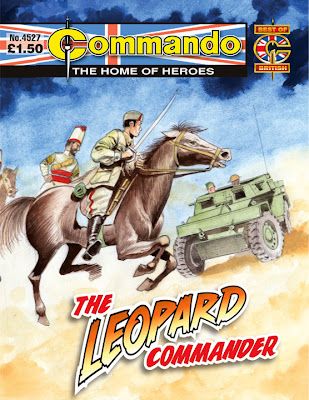 Here's the latest intel from Commando HQ on the latest issues on sale now in all good newsagents and online...

It sounded almost cute and cuddly, an Italian commander named for a big cat. But his British adversaries in East African were under no illusions. They knew that, like his namesake, he was fast, agile... and deadly! 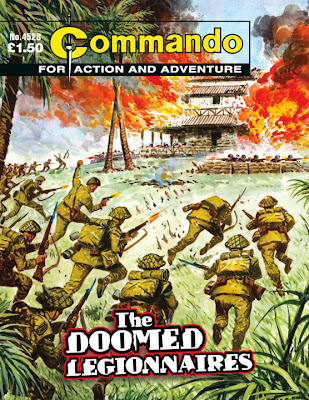 Men from all over the world, men with secret shameful pasts, men who had no place in their home countries. Here they were, gathered together to fight an implacable enemy, for a flag that was not their own.

And because they were foreigners, they had been handed a suicide mission. They were indeed... The Doomed Legionnaires! 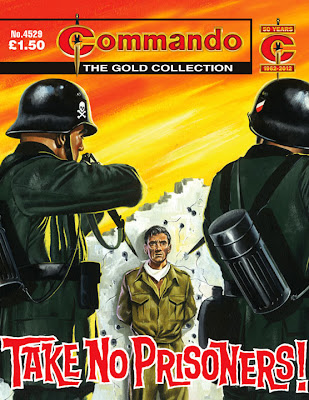 Ten British prisoners lay dead - shot down in cold blood. And there were no witnesses to the terrible crime.

The only clue to the killers lay there in the blood-stained dust - a German helmet bearing a skull and crossbones emblem...an emblem which from that day on was to be a death warrant to every Nazi who wore it.

"Ask most people about Commando and they'll tell you about nasty Nazis and clean-cut fair-playing British," suggests editor Calum Laird. "Yet this story from 1962 shows that those assumptions, like all generalisations, don't stand up to scrutiny. Sure there are nasty Nazis but after that things become a bit more hazy and there's a moral ambivalence amongst the British.

"But don't let that put you off! As ever, Eric Hebden crafts a great story behind Ken Barr's intimidating cover, and Casarubio's strong and confident black linework complements the atmosphere very well.

"All in all, this commando takes no prisoners. Sorry." 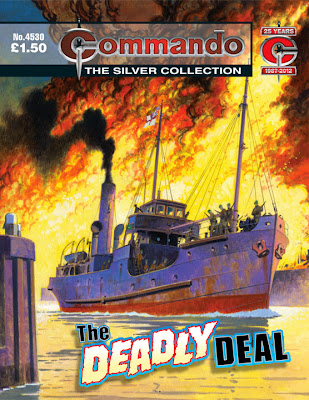 There are good deals, bad deals and deals like the one Jan de Groot made. He agreed that he would work as an agent in enemy-held territory where the slightest slip-up would lead to arrest, torture and probably death.

It was going to take all his courage to keep... THE DEADLY DEAL.

"Our main character, tough-as-nails Dutchman Jan de Groot is a hot-headed hero, which also makes him a flawed hero," says Deputy Editor Scott Montgomery of this story "...and this twisty-turny yarn is an excellent example of a Commando espionage story done well.

"It's complemented by veteran interior illustrator Cecil Rigby's artwork, which is chock full of icy black waters and moody nightscapes.

• Steadfast! the Commando artwork exhibition at The Gordon Highlanders Museum in Aberdeen runs until 30th November 2012. There are more details about the exhibition on the museum website.
Posted by John Freeman at 10:07 am