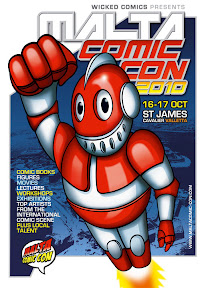 (via Tim Perkins): The second Maltese Comic Convention has announced its first guests for this year’s line up, who include Liam Sharp (left), Gary Erskine and Tim Perkins (below).

Taking place 16th-17th October, the convention will take place in the Saint James Cavalier Centre for Creativity in Valetta.

The convention is organised by Wicked Comics, a non-profit voluntary organization aimed at promoting the comic culture both in Malta and abroad.

Wicked Comics was conceived in 2005 when a bunch of proud-to-be-geeks with a penchant for writing, drawing and organizing events decided that it was time to kick start the local comic scene, and held their first annual Comic Convention in Malta last year. "The road to the Comic Con wasn’t easy," they say. "In fact, one day, we might just write a comic book about it!

The intention behind the convention is to place Malta in the heart of the International Comic World and Wicked Comics hope the Malta Comic Con will become a yearly event which will grow bigger each year.

The venue looks impressive: housed in a 16th Century fort, the centre is home to a small theatre-in-the-round, an arthouse cinema, a chamber music room and gallaries.

Now celebrating its 10th year, the the Saint James Cavalier Centre has welcomed both local and foreign artists, writers, singers and actors, dancers, musicians as well as thinkers, scientists and other creators. It has staged operas and premiered plays, held major exhibitions of contemporary pieces as well as past masters.

It runs courses for adults and children and has been enjoyed for over a million vsiitors in the past 10 years. 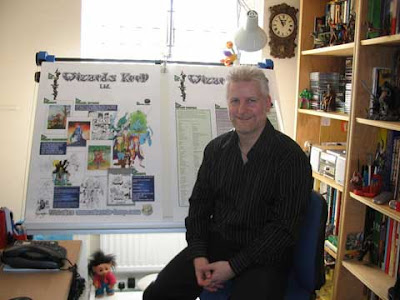