In Review: Derek the Sheep 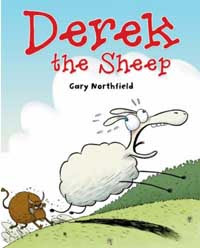 We mentioned Gary Northfield's popular Beano (and first creator owned) strip Derek the Sheep earlier today with good reason. The first collection of the strip, published back in September by Bloomsbury but which just arrived here at downthetubes (thanks, Gary!), is an absolute gem.

This quirky collection features the first 13 of grumpy Derek's daft adventures, which appeared in the Beano from February 2004 onwards. This edition comprises the same stories as the French-language Norbert le Mouton, published by Actes-Sud-l'An 2, earlier in 2008 (below), but the stories are presented more Beano-style in this version.

It's interesting to see how quickly the character and supporting cast develop, including an irritated squirrel, annoyed Derek's antics have interrupted his TV viewing; Bernard the Goat, who will eat anything (unless Derek and his mates get there first); and Cecil, a bee that just wants a friend (especially a friend that will help him find a flower he can call his own) and loves snow. (I told you it was quirky).

Gary's artwork is confident in its 3 x 4 grid styling throughout, its simplicity disguising just how much work has gone into storytelling and layout.

With is eclectic collection of characters and absurdist humour that reminds me of the work of Glen Dakin and James Tunrer, Derek the Sheep is a wonderful invention. Its success is well deserved (the more so for being creator-owned in a title that in the past rarely credited its makers, an age now thankfully over). The tales, which include Gone with the Wind (Derek gets blown up a tree), Let's Bee Friends (Bee seeks friend, obviously, but with motive!) and One for the Pot (Red Riding Hood wolf decides to make Derek lunch), work on several levels like all the best humour -- true fun for all the family and not just the core target age of Beano readers.

If you've never read Derek the Sheep before then this is as good a place as any to start. This collection is a perfect Christmas present for any Beano or animal lover! 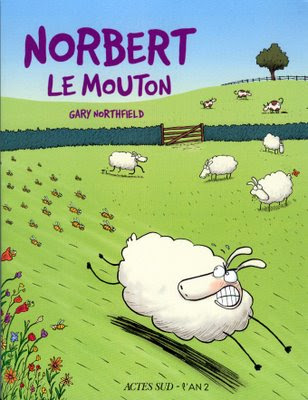 and The History of the Beano: The Story So Far

• Buy The History of the Beano: The Story So Far