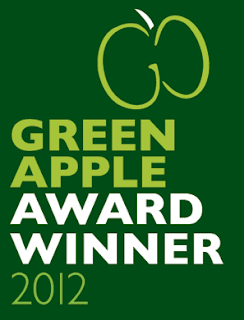 The award was presented to the comic book and graphic novel publisher during a carbon-neutral ceremony at the House of Commons in London.

"Global deforestation by paper production continues to have a major negative impact on the eco-system," notes the publisher. "Therefore Eco Comics takes advantage of the emerging digital technologies to produce exclusively in the new frontier of the paperless format.

"The publishing industry, and readers, must realise that wildlife, such as tigers and gorillas, are likely to pay the ultimate price of deforestation: extinction," they argue. "Even sustainable forestry is not a magic cure-all, shown by the criticism received from leading environmental organisations.

"Our titles are designed to the same physical format as leading print titles, but are kept paperless. The digital platforms also allow the reader an even greater interactive experience. There is no excuse for deforestation due to comic book production." 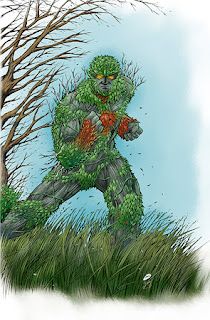 In a continuing bid to raise awareness through various initiatives, the publisher recently brought the legendary Green Man to comic books, with the character also becoming its official mascot.

Eco Comics competed against more than 500 other nominations at the awards ceremony.

"That our achievements have already been recognised by the prestigious Green Apple Awards has given us added faith that we are trailblazing the future direction of this industry, and it will help show that paperless is best for both readers and the ecosystem."