A Special Summer With The Beano

(updated 2/8/10, with thanks to Lew Stringer) Summer and Holiday Specials of British comics were once a mainstay of the news stand year: special, (usually) higher-priced "one-offs' of popular comics that not only gave regular readers something extra featuring their favourite characters, but also offered a 'sampler' of a comic to those that might not be able to afford buying it regularly. They also might help attract new readers to the regular title.

The first such Special would appear to be a Mickey Mouse Holiday Special published in 1937, which Kaya Özkaracalar, over on his Disneyville blog notes as being one of four holiday special issues published before the Second World War on the eve of the Christmas season. (These are, of course, some of the rarest pre-war British Disney publications and much sought after).

Over on Blimey! It's Another Blog about Comics, Lew Stringer's research would seem to indicate that regular holiday specials - issues that were not part of a comic's regular run - really kicked off in the 1960s. "Fleetway did a Jack and Jill one in 1960, Odhams did an Eagle one in 1962, and TV Publications produced the first TV Comic Summer Special in 1962 (all new material)," he tells us.

DC Thomson, with their all-reprint 1963 combined Dandy/Beano special, cautiously entered the area set up by others. It proved successful for them so they started doing individual all-new specials in 1964. 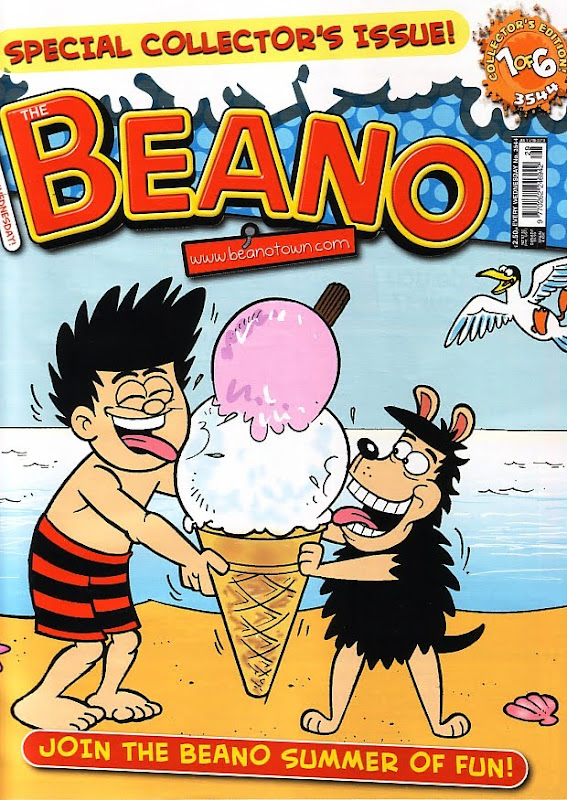 While Summer Specials associated with weekly comics are now a thing of the past, the Beano and Dandy Xtreme don't seem to have fallen into the "Summer Annual" concept that other publishers now use.

To celebrate summer this year The Beano has instead decided to class their six summer holiday July/August issues, numbers 3544 to 3549, as collector's editions with wraparound summer activity cards on the outside and, along with the usual bagged toys and sweets, each issue will have an A3 poster of an old Beano cover. 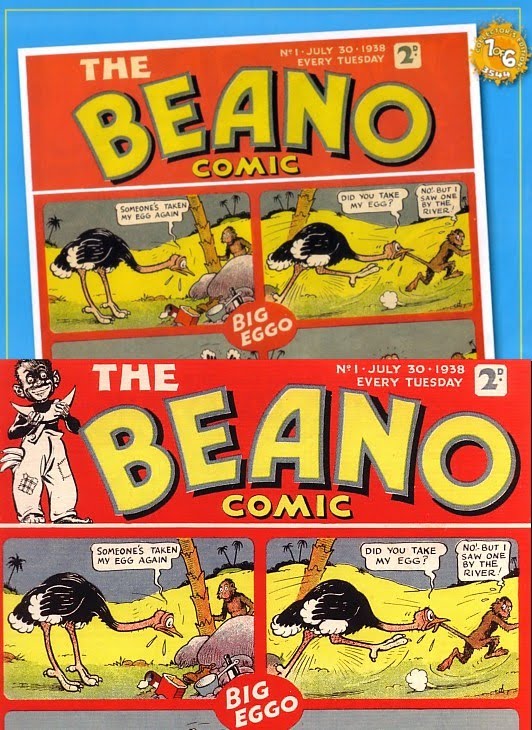 Last week's issue 3544 had the first of the posters showing, not surprisingly, the cover of the first issue of the Beano with its 30 July 1938 cover date - except that it wasn't quite the complete cover. Black comic character 'Little Peanut' was missing.

When Waverley's History Of The Beano book was published in 2008 editor Christopher Riches pointed out that Peanut was retained on the cover of that book due to his historical context - but then it was a nostalgia book aimed at adults. It is therefore unsurprising that a 1930s comic's depiction of a black child would be removed from the image for a poster aimed squarely at modern children's bedroom walls.

Issue 3544 also listed the four "mega gifts" to be given away with this week's issue of the comic and they included a "Multi-Menace Blaster With Target!" This is actually a red plastic gun which fires yellow sucker tipped plastic darts.

One downthetubes reader who is also a Beano reader made the point of looking out for the Beano as he passed through a UK airport this week to see if the toy gun was included in the copy of The Beano that could be bought there. It wasn't and it had been replaced with a Dennis and Gnasher whoopee cushion instead. This is not surprising: airport retailers take a dim view of any free gifts that look like guns (one publisher fell foul of these concerns a couple of years ago, and, under protest, had to withdraw their title from sale because the free gift simply looked like a gun). 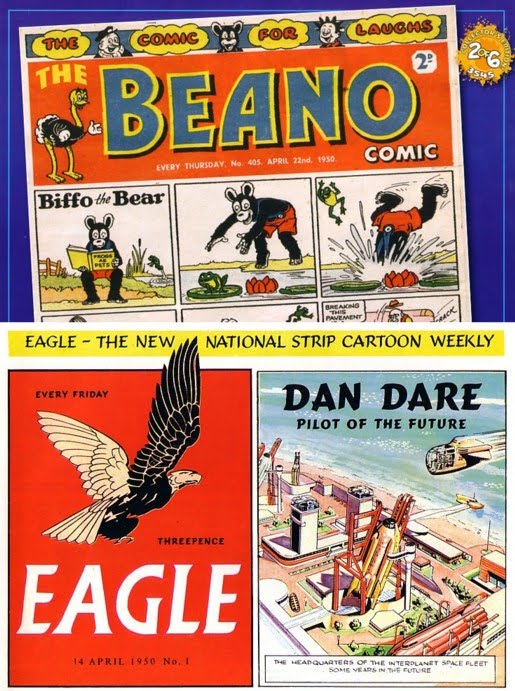 What is also available in the current issue, number 3545, is the second of the six posters of old Beano covers. This time it is the cover of the biggest selling Beano issue of all time, number 405. The History Of Beano book tells us that issue 405 sold 1.9 million copies and that "records show that an even higher sale could have been achieved but the presses just could not print any more!"

Was there a particular reason that issue 405 sold more than any other especially when there was no free gift with it to give it a sales boost? Perhaps the children of Britain were more tuned into comics that week than usual. After all the biggest selling issue of The Beano is dated 22 April 1950, eight days after the cover date of issue 1 of The Eagle.

The current idea of The Beano turning weekly issues into summer editions is a great idea, but it isn't new. Lew Stringer tells us it revives an early 20th Century concept, when Amalgamated Press would have "Holiday Numbers" as part of their regular weekly run, just as publishers still do with Christmas editions.

• The Beano is published each Wednesday and costs £2.50. The set of A3 cover posters of old issues will continue with the issues up to and including issue 3549 which is due to be published on 25 August 2010

• Blimey! It's Another Blog About Comics - Heyday of the Summer Special

• The Guardian: What Became of comics' summer specials?
Posted by Jeremy Briggs at 7:00 am