Road of Courage film in the works 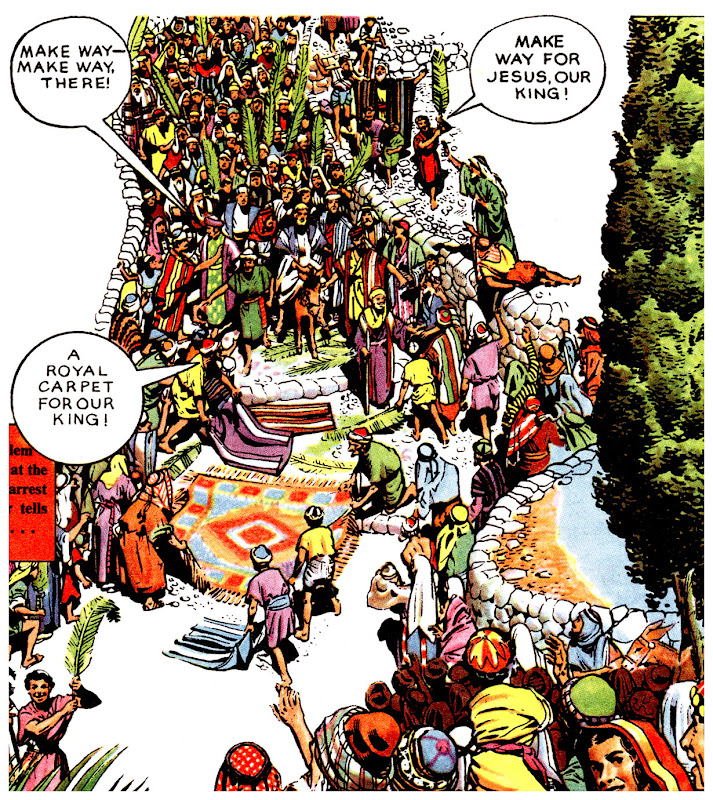 A film adaptation of the life of Christ inspired by The Road of Courage, a strip that first appeared in Eagle in the 1960s, is apparently in production. Re-titled Jerusalem A.D., the project, based on the illustrations of Frank Hampson, was announced back in March but seems to only have been picked up by religious newspapers such as the Baptist Times.

The film, to be made by Bill Melandez Productions Inc (BMPI), the animator of the Charlie Brown and Snoopy cartoon series, is described as "a filmic adaptation of the life of Christ inspired by the original illustrations from the ‘Road of Courage’ by Frank Hampson from the seminal sixties comic The Eagle."

The project - one of several from BMPI announced back in March which also include an adaptation of illustrator Michael Foreman's Cat in the Manger, the story of the birth of Jesus Christ in Bethlehem, as seen through the eyes of a cat - is a co-production with the Alliance for Christian Media.

Frank Hampson devised The Eagle in collaboration with the Reverend Marcus Morris after the Second World War and it's no secret Morris, who went on to edit womens' magazines such as Cosmopolitan, intended the comic as a Christian antidote to what he saw as the bad influence of American comics during the post-war period.

The Road of Courage, which was written by Marcus Morris, was a number of "True Life" stories that featured in the comic and a 1980s collection of the strip is a much sought-after collectable, copies often fetching high prices on auction sites like eBay. A new collection will be published by Titan Books

Titan Books in March next year, featuring not only Road of Courage but another story based on the New Testament, 'Mark, the Youngest Disciple', written by another early Eagle contributor Chad Varah and drawn by Giorgio Bellavitis, who sadly died fairly recently.

The Alliance for Christian Media is a US organisation in the US promoting the Gospel through existing and emerging communication technology. The multi Emmy Award-winning Bill Melendez Productions Inc was founded in 1964 by legendary animator, director, and producer Bill Melendez who originally worked as an animator on Bambi, Fantasia and Dumbo for Walt Disney and was chosen by Schulz creator of Charlie Brown and Snoopy to be the sole animator for his celebrated cartoon series. Other productions included The Lion, the Witch, and the Wardrobe for Children’s Television Workshop.

Although Bill Melendez died last year aged 91, his son Steven Melendez has been President of BMPI since 2002.
Posted by John Freeman at 7:04 pm