Solipsistic Pop - a new, bi-annual anthology featuring the best alternative comic artists based in the UK - will be launching book one at London's ICA on 8th November.

"The book has been created with the intention of providing a support structure and outlet for inventive, original comic artists in a unique and beautifully designed printed product," says Publisher Tom Humberstone. "Think of it as a British Raw, Mome, Kramers Ergot, or McSweeneys...

"It has also been established as a way of finding comics a broader audience and to promote the medium as a viable artform."

The limited edition book – just 500 copies will be published of the first issue - costs £12 and features over 50 full colour pages, a 16 page insert and two mini-comics.

It includes the work of artists such as Andrew Blundell: Anna Saunders, whose work has appeared on Channel 4’s Big Brother, The Friday Night Project, and BBC’s Dead Ringers; Daniel Locke, whose work has featured in Attitude Magazine and can be seen on the TV show Dating In The Dark; Howard Hardiman who's perhaps best known for his web comic about a lonely badger moping around South London; Web Comics Nation creator Joe Decie; Julia Scheele, who's running the 69 Love Songs, Illustrated Project on the internet 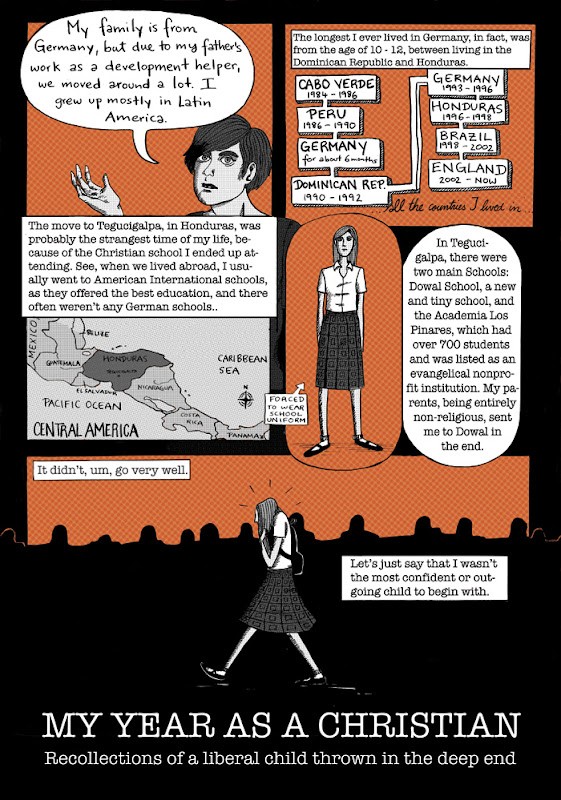 and can often be found at zine fests and conventions throughout the UK - she's contributed a seven-page comic titled "My Year As a Christian" to the first issue; Dancing Eye founder Mark Oliver, whose projects include a self-published book about a performance by Lenny Bruce and series of prints about sex; journalist Matthew Sheret; Ninja Bunny artist Philip Spence, also a freelance web and graphics designer; surface artist/designer and stylist for sets and photography Philippa Johnson; Rachael Reichert, who says she lives in a bubble of comics, fashion and ignorant bliss in London and is continuing the theme of anthropomorphic escapist fantasies of nature in her work; Richard Cowdry, probably best known for his comic strip anthology, The Bedsit Journal, which was widely available in the
UK for a few years and whose weekly strip Somersault appears on the award winning
Forbidden Planet International blog; freelance illustrator, comics, dinosaur and Star Wars fan Robbie Wilkinson; illustrator and animator Sarah Gordon, who says she is working on being the best at drawing things and standing on one leg without falling over (not necessarily at the same time, although you would be surprised how often they coincide); and the ever-wonderful talent that is Stephen Collins, who won the Cartoon Arts Trust award for Best Strip Cartoonist for The Day Job – his weekly strip in The Times. 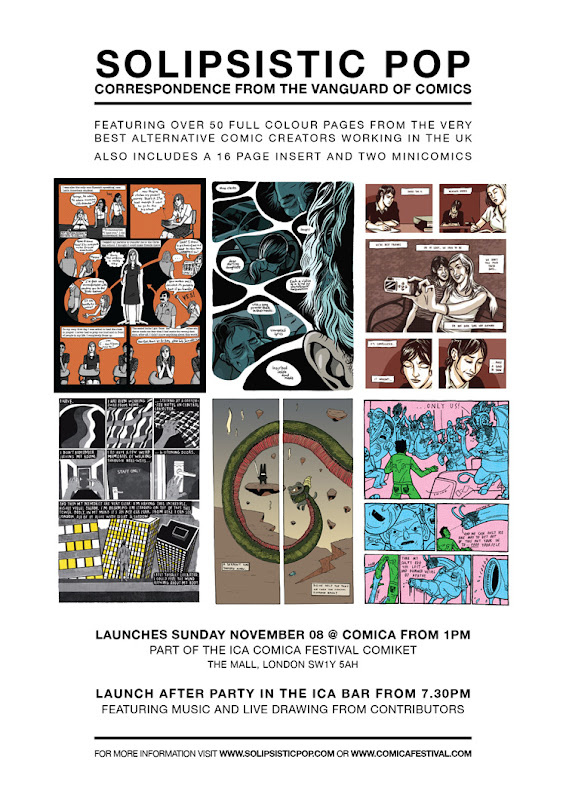 Finally, there's publisher Tom Humberstone himself, creator of Art School Scum, You’re Wrong, and Everything You Never Wanted To Know About Crohns Disease and whose latest comic, How To Date a Girl In 10 Days, won an Eagle Award in 2008 for “Favourite black and white British comic”.

He is also the co-author of My Fellow Americans, a book written and drawn during an eight week roadtrip across America following the 2008 Presidential elections and is currently working on a collection of short stories for his next book – Ellipsis.