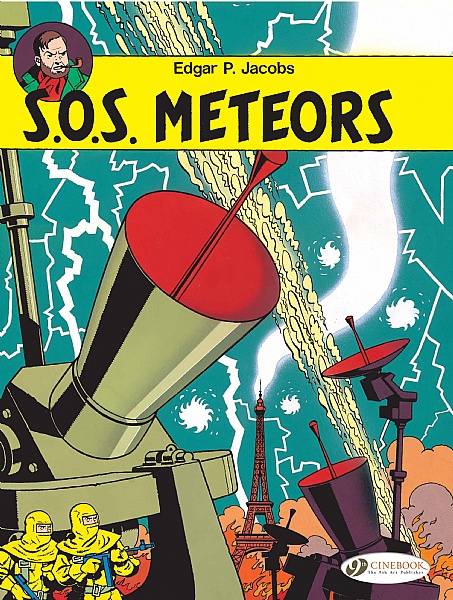 British publishers of some top class European graphic albums Cinebook have just been celebrating the publication of their 100th book - and not just any book, since it's the newest instalment of adventure series Blake and Mortimer, published in English for the first time in this year of its 50th anniversary.

Even more symbolic, this story of weather disruption is coming out just as United Nations representatives are gathered to combat the climate changes currently threatening our planet–another sign of Jacobs’ visionary genius.

In S.O.S. Meteors, extreme weather threatens the whole of continental Europe, turning the lives of its citizens inside out. The French government calls Professor Mortimer to help solve this enigma, who visits his friend, Professor Labrousse, the chief French meteorologist, to further his investigation. But when the taxi driver Labrousse sent to meet Mortimer at the station disappears, our friend becomes the prime suspect in a missing persons case.

Mortimer gets in touch with his old friend Blake, also in France, to help him out of this tricky situation - but Blake disappears as well, leaving Mortimer and Labrousse to deal with not one but two missing-person cases.

They soon discover that the two disappearances are not only linked to each other, but also to the climatic catastrophes...

It's been a busy year for Cinebook and the releases keep on coming, offering a fine mix of adventure, science fiction and humour that should appeal to all ages. Also available now is Thorgal Volume 6: City of the Lost God

, in which Thorgal and Aaricia are making their way towards Mayaxatl along with Kriss of Valnor, intent on stealing the magical headpiece of the bloodthirsty god Ogotai.

Meanwhile, Jolan is back with the Xinjin people, who have made him their own god. Difficult times for all, and, of course, not everything is as it seems... 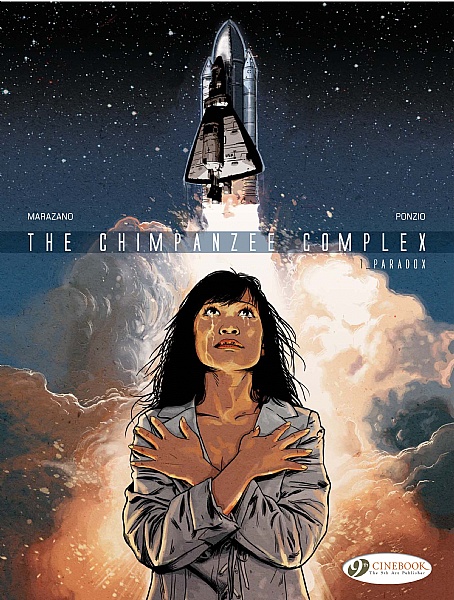 In Chimpanzee Complex, The Volume 1: Paradox

, set in the year 2035, a space capsule from the 20th century returns to Earth… with Neil Armstrong and Buzz Aldrin aboard! The investigation of this mystery will take astronaut Helen Freeman to the moon but might end up costing her her daughter. The second book in this series will be out in January 2010.

, Cedric is back, and still head over heels for Chen. At home, the skirmishes between Dad and Grandpa continue. Business as usual? Not quite, because the boy suddenly finds himself enrolled in the Wolf Cubs. An unpleasant surprise - until he learns there are Girl Scouts too!

• If you're curious about Cinebook's range, then head over to their stall at the British International Comic Show this weekend or visit their web site at www.cinebook.co.uk