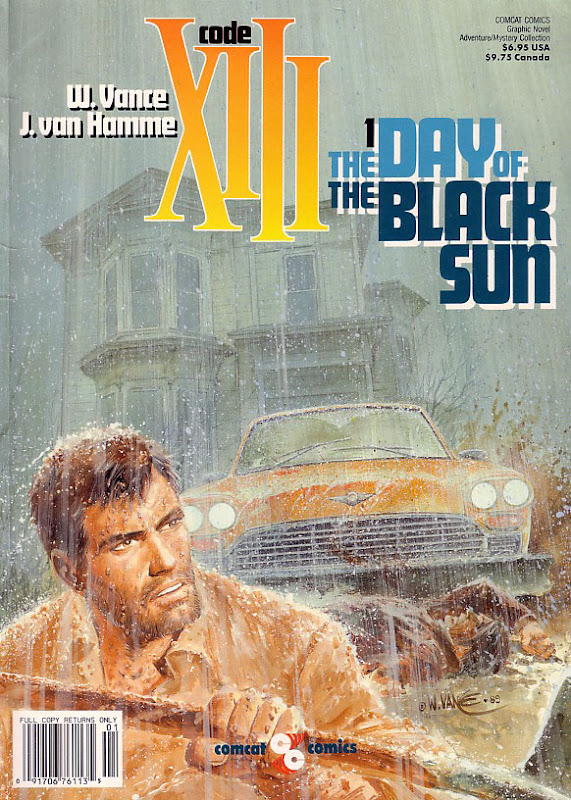 Over the last 25 years, the dark, engrossing graphic novel series XIII has attracted a cult following in French-speaking countries and beyond, with readers eagerly awaiting every one of the 19th instalments published so far. Now, Canterbury-based publishers Cinebook have announced they have secured English language rights to the highly-acclaimed title, and will begin publishing in 2010.

Such is the popularity of the graphic novel that a gallery of its characters drawn by Vance was used to illustrate special-edition XIII scratch card tickets in France since 2000.

The central character in XIII is an amnesiac on the run, caught in the crossfire as he tries to understand his true identity while attempting to make sense of various conspiracies swirling around him. With many twists and turns, it's a compulsive read for teenagers and adults alike and has already been translated into several languages.

Initially serialized in Spirou magazine in 1984, XIII was created by Jean Van Hamme, the author behind other classic sagas such as the warrior fantasy, Thorgal, and Largo Winch –the latter in comic and book form as well as on the big screen, and William Vance, illustrator of the bestsellers Howard Flynn, Bruce Hawker, Bruno Brazil, Bob Morane and Marshall Blueberry. 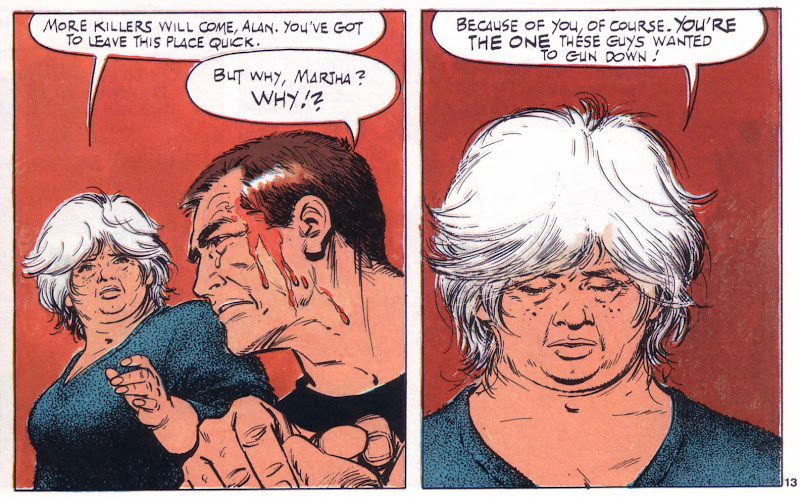 Cinebook, which has acquired the English-language publishing rights in an exclusive agreement with Mediatoon, will publish XIII in English form May 2010 at the rate of one new volume every two months. Incredibly, for all its success in the non-English speaking world, only three episodes of the cult Franco-Belgian bande dessinée originally saw the light of day in English in the late 1980s - published by New York's Comcat Comics as Code XIII, one cover pictured above - so this will enable fans new and old to discover and rediscover the mystery series.

“I’m delighted that Cinebook has committed to publishing XIII alongside Thorgal, Largo Winch and Lady S, as well as Blake & Mortimer,"says Mediatoon director of Foreign Rights Sophie Castille. “XIII is another one of the many prestigious series Jean Van Hamme has been associated with over the years,”

“I’m proud to add this legendary series to our catalogue, especially as readers have been clamouring for it for several years,” notes Cinebook founder Olivier Cadic.

"XIII joins internationally-famous series such as IR$, The Scorpion, Insiders and Aldebaran, already published by Cinebook in addition to other Van Hamme series, further strengthening its portfolio of English-language titles particularly popular with teenagers and adults."

(Report posted with thanks to Jeremy Briggs)
Posted by John Freeman at 5:44 pm

So good to hear the news, which IJust heard from the Official mailer of CineBook, talking about this blockbuster announcement on XIII being featured in CineBook.
So, all those fan requests indeed was fruitful. No other publisher would be this fan friendly anytime. Kudos to Olivier.

Eagerly looking forward for the 1st XIII edition, to hit the stands in India.