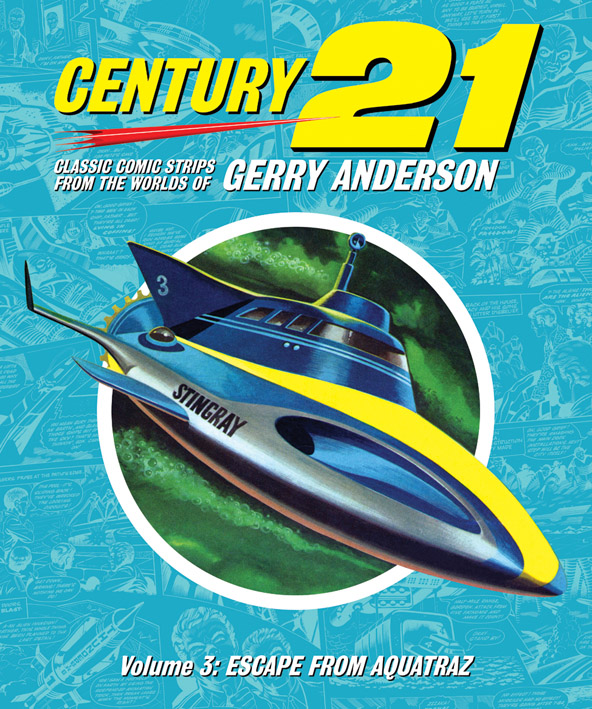 Publishers Reynolds & Hearn have just given us a 'first look' at the cover of their third collection of comics from 1960s comic TV Century 21.

Titled Escape from Aquatraz, it features the submarine Stingray, as realized by the late, great Ron Embleton.

This volume will hopefully emulate the success of the company's first two volumes, which feature a range of superb strips from the classic British comics TV Century 21 and Lady Penelope. 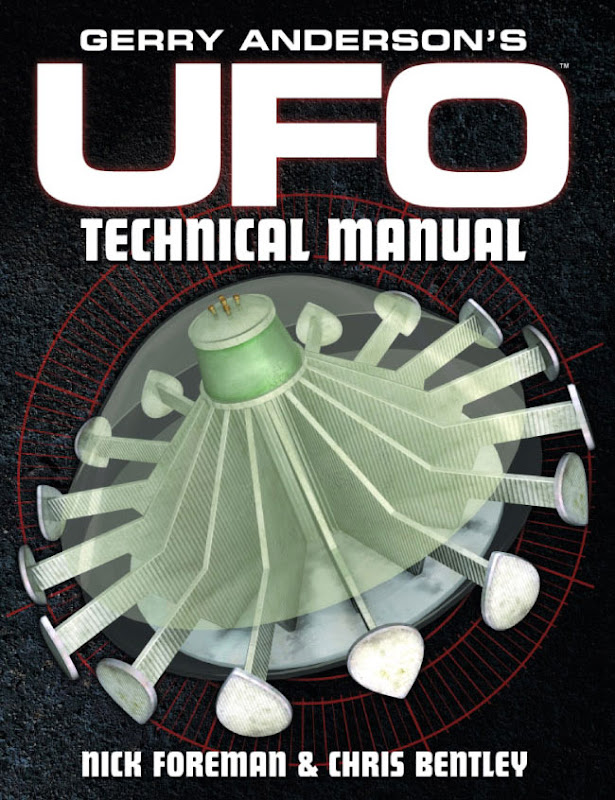 Also just released by R&H is the UFO Technical Manual, which, if you buy it from their web site, comes with a free Skydiver poster.

In the early 1980s, Earth was engaged in a deadly war against hostile extra-terrestrial aliens from a dying world. Unbeknown to the general population, our only line of defence in that war was a secret paramilitary organisation with a manned lunar outpost and headquarters hidden beneath a British film studio. This organisation maintained a fleet of advanced vehicles and spacecraft in order to combat the alien menace - a secret army of sophisticated hardware on constant patrol on land, in the sky, under the sea and far out in the depths of space.

Now, 30 years on, details of that secret war are finally emerging with the publication of the previously top secret documents of SHADO - the Supreme Headquarters Alien Defence Organisation. Within these pages, spectacular computer-generated illustrations and plan views of the many SHADO vehicles reveal the organisation's incredible machinery and weaponry, together with verified accounts of the role played by that hardware in the defence of the Earth.

Gerry Anderson's UFO Technical Manual celebrates the 40th anniversary of the ground-breaking live-action adventure series UFO, which originally captured the imaginations of television viewers in the early 1970s and has gone on to become one of British TV's best-loved and most highly-regarded science fiction programmes.

- But don't forget, the Skydiver poster is only offered via the Reynolds & Hearn web site