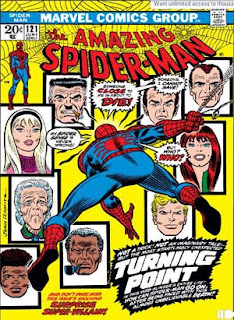 The Paid Content website recently reported that Marvel Comics plans on investing upwards of $10 million in the digital media aspect of their company, including digital comics.

Despite the initial investment’s affect on their current profit loss, Marvel forecasts a profit as a result of this investment beginning in 2011. Last month, the company announced that Marvel Digital Comics Unlimited features over 5000 digital versions of its back catalogue, as well as new material created for the web.

Peter Cuneo, vice chairman of the board, told analysts in today’s Q3 earnings call that the company is making a substantial investment in it's digital publishing effort. "We’ve noted in our press release today (PDF Format) that the out-of-pocket in 2009 we anticipate will be around $6 million for that effort," he commented, according to the transcript (via Seeking Alpha). "So when you look at the publishing segment as a whole, you will see a decline in the profitability.”

The company has invested $2.5 million to $3 million so far this year and plans to finish at $4 million. That would bring the total digital media investment for 2008-09 to about $10 million.

Asked to flesh out the digital initiatives, CFO Kenneth West added: “I would imagine that probably in the year 2011, we are going to see the first real positive contribution associated with digital media. That would be a combination of ad revenues, digital subscribers picking up on the subscription of comic books but not until that period, because we’ll continue to invest in that and it’s going to take some time and the dollars that we’ve built into our forecast.” He wouldn’t project the 2010 level of investment but said “we would anticipate the continuation of the digital investment for our future.”
Posted by John Freeman at 11:06 am