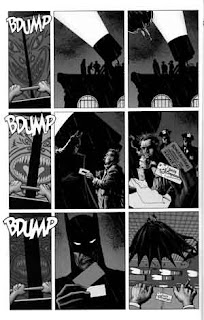 Curated by comics journalist Rich Johnston and organised by Harrods Head Of Creative, James Chittenden the exhibition features a large collection of original comic book art boards by British creators, and celebrates the tremendously diverse range of stories and styles of British comics.

Pieces have been loaned by the likes of Rufus Dayglo, a comics art dealer who began his career diving in skips outside publishers who often just threw the original art work away - and now represents many British artists; the DC Thomson Archive and the London Cartoon Museum who treasure such works and many private collectors. As a result, most of the work shown has never been seen by the public in its original form.

As well as the exhibition, David Lloyd, artist of V For Vendetta, will be on the Harrods stage on the 29th September presenting a look through the beginning of this graphic novel, its long drawn out publication and eventual adaptation by the Wachowski Brothers as the Natalie Portman starring movie. (More details here)

• "Comic Timing" is located in the Lower Ground Floor of Harrods and is directly down the stairs from Door Five, by the Knightsbridge Tube exit.