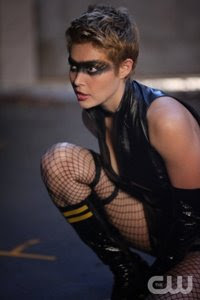 US network CW has announced early renewals to some of its top-performing series for the upcoming 2008-09 season, which include an eighth season for Superman-inspired Smallville and a fourth season for Supernatural.

Now beginning its seventh season in the US, with early episodes screening on ITV2 and more recent stories on E4 in the UK, Smallville new interpretation of the enduring Superman mythology and its classic characters blends realism and adventure into an exciting action series.

Clark Kent (Tom Welling) and Lex Luthor (Michael Rosenbaum) are now the sworn enemies that comic book aficionados have always known and loved and season seven features several guest stars from the Superman mythology, including Dean Cain (who played Superman in Lois & Clark) and Helen Slater (Supergirl), plus storylines about Superman's home Krypton and the El family, in a season in which Clark will discover more about his home planet, who his parents were, what his future holds and why he was sent to Earth.

Guests stars in the new season include Alaina Huffman as Black Canary (pictured above, image courtesy CW) and Justin Hartley as Oliver Queen (The Green Arrow), and Laura Vandervoort as Kara.

Also renewed are One Tree Hill and comedy Everybody Hates Chris, also screened in the UK.