Tickets for the first Lakes International Comic Art Festival, which will feature top talent from both sides of the Atlantic including Kurt Busiek, Ed Brubaker, Bryan Talbot and Jose Munoz, go on sale on Monday (13th May).

The festival will run from 18-20 October 2013 in Kendal, Cumbria with an exciting line up of more than 50 writers and artists including some of the biggest names in comic art from the United States, Europe, South America and the UK.

There will be more than 35 events including panel discussions, interviews, live drawing events, films and workshops. As well as the ticketed events, there will be a number of free exhibitions, including work by founder patrons Bryan Talbot and Sean Phillips, and free activities in a special Family Zone.

The organisers also aim to make the whole of Kendal part of the event, like the popular festivals on the continent in places such as Angouleme, so people can expect to find comic art around every corner.

One of the opening events on the Friday evening will be The Big Comic Draw, with Doug Braithwaite (X-Men and Storm Dogs), Carlos Ezquerra (Judge Dredd), Duncan Fegredo (Hellboy) and Jose Munoz (Alack Sinner). 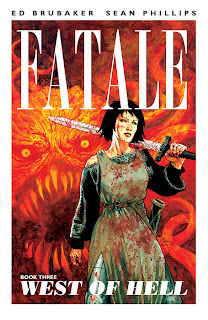 They will be followed by The Write Comic Stuff, a chance to hear from two hugely popular American writers Ed Brubaker (Captain America, Criminal and Fatale) and Kurt Busiek (Spider-Man, Marvels and Astro City).

Other events over the weekend include 2000AD: An On-Earth Odyssey, a special celebration of the evolution and influence of the ever-popular British comic 2000AD with Judge Dredd creators John Wagner and Carlos Ezquerra.

Another event will provide a rare chance to hear Viz creators Simon Thorp and Graham Dury discuss their work.

Festival patron Bryan Talbot will talk about Grandville and the Anthropomorphic Tradition. Gilbert Shelton (The Fabulous Furry Freak Brothers) and Hunt Emerson (Dante’s Inferno) will be talking about their work from the underground comix of the sixties to the present day. And there will be a discussion on The Art of Crime and Noir with Ed Brubaker and Sean Phillips, Jose Munoz and David Lloyd (Kickback).

British political cartoonist Steve Bell will be interviewing the ground breaking American comics journalist Joe Sacco. Steve will also be discussing his own work in a separate event.

Other interviews with guests will provide opportunities to learn more about the work of writers and artists like Ed Brubaker, Kurt Busiek, Posy Simmonds (Tamara Drewe) and Andy Diggle (The Losers and Doctor Who).

A key feature of the festival will be the special live Watch them draw events. Artists featured over the weekend will include Charlie Adlard (Walking Dead), Glyn Dillon (Nao of Brown), Spanish artist Pau and Hunt Emerson.

In Quick Strips, a myriad of comic artists, some famous, others emerging, will talk about and present an aspect of their work-in-progress for a maximum of six minutes each.

There will be a chance to see Alan Moore and David Lloyd's seminal graphic novel V for Vendetta brought thrillingly to life on stage.

Festival patron Mary Talbot will be part of a panel for a discussion on The Art of the Memoir.  A group of innovative new wave comic creators who are published by Jonathan Cape will take part in a discussion on the Caped Crusaders and writers published by Selfmadehero will discuss adaptations in Re-imagining the Classics.

Nobrow writer and artist John McNaught, who won the award for the best newcomer at Angouleme earlier this year, will be interviewed together with Luke Pearson, the creator of the popular Hilda series of books. Both men have been nominated for Eisner awards this year.

Writers and artists will be running workshops including Al Davison (The Spiral Cage), manga artist Inko (Milk The Cat Comix), Karrie Fransman (The House That Groaned) and Hannah Berry (Adamtine).

The Brewery Arts Centre is putting on a special film programme including American Splendour, Tamara Drewe, 300, V for Vendetta, A History of Violence, and manga films My Neighbour the Yamadas and Oldboy.

The Comics Clock Tower will be the festival’s version of the marketplace.  Based in Kendal Town Hall it will champion breaking talent from all styles and genres. Many of the big name writers and artists visiting the festival will also be appearing in the Comics Clock Tower over the weekend and new adventure anthology STRIP: The Adventure Comics Magazine, which launched last month in newsagents, will also have a stand there.

A Weekend Pass will cost £25 and provide unlimited access to the Comics Clock Tower plus four daytime events (starting before 7pm).

A day pass on the Saturday or Sunday will cost £14, providing unlimited access to the Comics Clock Tower plus two daytime events.

Tickets for additional events can be bought separately.

Organisers are emphasising that places need to be reserved for most events, including the wide range of talks and discussions. So if people buy passes, they also need to plan which events they would like to attend and some of the events are expected to get booked quite quickly.

Festival patron Bryan Talbot says: "Our aim is to make The Lakes International Comic Art Festival like the European comic art festivals rather than the conventions that many fans will be used to.

"We think there's something for everyone in the wide range of events the team have put together, both the fans of different genres but also people who may not have read a comic book for many years.

"As well as being able to see artists drawing in our version of the comics marketplace there will be special live draw events, one of the most popular elements of European festivals. There will be interviews with some individual writers and artists as well as discussions on topics like the art of the memoir, horror and adaptations.

"People will be able to book their seats at events rather than having to waste time queuing. We also have a lot of free events including exhibitions and activities for children, so there's no excuse for not coming to find out what it's all about."

Fellow festival patron Sean Phillips says: "I'm really looking forward to this first event. Not only is it on my own doorstep but it's modelled on events like the Angouleme comic art festival, which is something I've long wanted to see in the UK.

"In countries like France and Italy they take comics very seriously and huge numbers of comics are sold every year, most of them to adults.  This event is a great opportunity to find out more about comic art and the writers and artists working in the medium."
​
• More details about the new event are available at www.comicartfestival.com.  It is also possible to keep up to date with plans for the festival by following @comicartfest on Twitter or by liking the Lakes International Comic Art Festival Facebook page.
Posted by John Freeman at 8:30 am