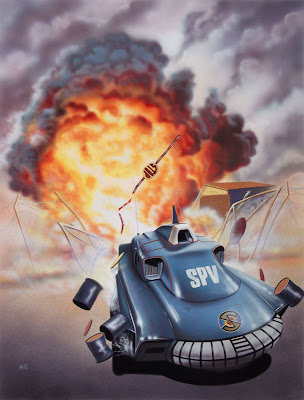 Illustrator and comic artist Andrew Skilleter has just launched an extensive new Facebook page based around the original art he created for the 1990s Gerry Anderson comics.

Best known for his professional Doctor Who art, Andrew contributed many covers and pages, to the Gerry Anderson comics, Thunderbirds, Stingray, Captain Scarlet and Joe 90, edited by Alan Fennell in the early 1990s, including the illustration of the long running The Complete Thunderbirds Story.

The Facebook page features scores of covers, strip pages and vivid centre spreads to be viewed and all the art is for sale. 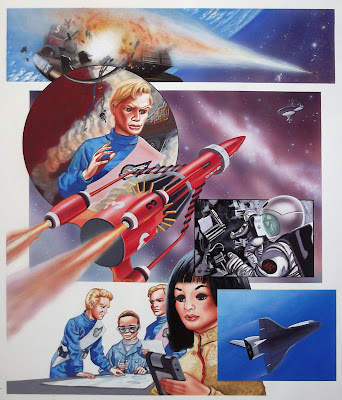 The page also features a full account of his involvement and links to relating sites, including a full Anderson centered interview with Andrew - plus some of his detailed pencil prelim drawings for the strips. 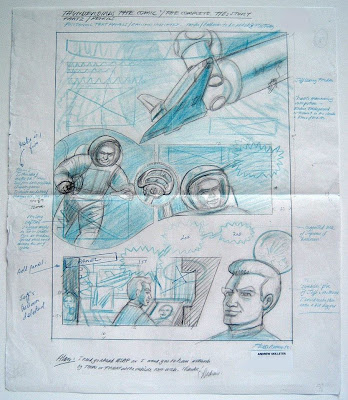 The page will be regularly updated and will be of particular interest to the generation who grew up with the Fleetway Gerry Anderson comics of the early 1990s.

"As a professional illustrator, I was busy with a flow of commissions including Doctor Who," Andrew tells us, " when I became aware of the new Thunderbirds comic and subsequently discovered that Alan Fennell, who had done such a superb job editing the legendary TV Century 21 comic, was the editor. I had grown up with a passion for the best of the British comic artists many of whom were featured in stunning full scale and colour in TV21. I loved strips and the world of magazine publishing.

"And so began an enjoyable working relationship with Alan, producing covers for the Thunderbirds, Stingray, Captain Scarlet and Joe 90 titles and illustrating virtually all of The Complete Thunderbirds Story written by Alan, and covers for a number of the Ravette reprint albums of TV21 strips. I was particularly please to have done the Scarlet cover for Ron Embleton’s strips. 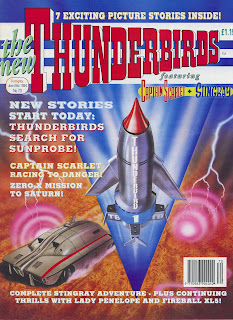 "Following the sad passing of Gerry Anderson there are plans by his son Jamie for new Anderson productions, a TV revival of Thunderbirds, Egmont’s plans to reprint material from the 1990s comics and a relaunch of Sylvia Anderson’s website, so this seems the best time to bring the full extent of my Anderson involvement to a wider public."