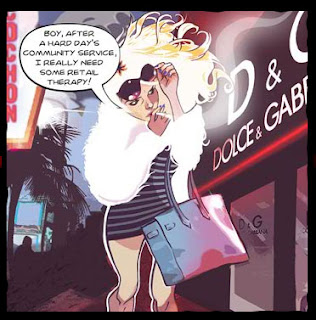 Continuing the Panel Borders radio show's month of shows about the crossover between games and comics, Alex Fitch talks to writer Pat Mills about the series of seven online comic strips he’s written to accompany the release of the new PlayStation game inFAMOUS 2 - InFamous 2: The Fame Strips.

In the comic strips, riffing on the idea of fame and infamy, Pat and editor Howard Marks are satirising modern celebrities and also giving them and their companions the kind of powers you might find in the game.

Alex and Pat talk about writing these strips, his previous experiences in writing interactive comics in the form of 2000AD spin off title The Dice Man and his thoughts on web comics and strips available for ebook readers.