The Strange Attractions of Alan Moore 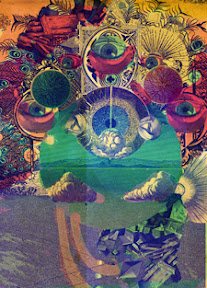 (with thanks to Pádraig Ó Méalóid): The most recent issue of Strange Attractor Journal contains, amongst much else, the text for Alan Moore's unfinished John Dee opera, focusing on the life of the well known English mage, which he was originally meant to be developing alongside Damon Albarn and Gorillaz, before they went their seperate ways on this.

"I believe that, besides the complete unfinished text for the opera - if you see what I mean - there are also notes on staging and other aspects of the project," Pádraig Ó Méalóid tells us.

"In some ways, the most fascinating of Alan's works are the unfinished ones, as the potential they represent will always be just outside our reach," feels Pádraig. "However, more information is coming about about some of these: for my own part, I was thrilled to be able to publish the pages from Big Numbers #3 online (here on Padraig's LiveJournal), and Gary Spencer Millidge's upcoming biography of Alan

contains a copy of the legendary Big Numbers wall chart, so much that was once unknown will now be revealed.

"Alan also spoke to me recently about how Halo Jones would have finished up, and now we have this piece about his John Dee opera.

As well as its Alan Moore conetnt, the eagerly awaited fourth edition of the acclaimed anthology series, featuring nearly 20 new articles exploring the outer shores of culture, history and experience.

First appearing in 2004, Strange Attractor Journal has been described as "one of the most weirdly beautiful, beautifully weird magazines of the past hundred-odd years" (by the Independent on Sunday) and "what you get when poetic archaeologists of the imagination gather their finest jewels" (by Erik Davis).


• You can buy Strange Attractor Journal #4 via: http://strangeattractor.co.uk/books/strange-attractor-journal-four