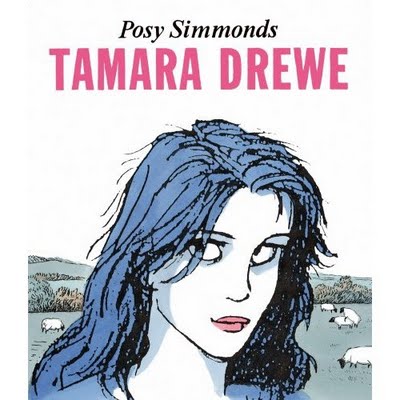 Stephen Frears director of films such as The Grifters, Roddy Doyle's The Van and The Queen is set to take the director's chair for the big screen adaptation of Posy Simmonds Guardian comic strip Tamara Drewe.

Variety reports Frears has officially signed on to direct the film from a script by Moira Buffini, with British actress Gemma Arterton confirmed in the role of vivacious Drewe, a sexy flirt who returns to her small country village and stirs up dark passions among the locals.

The film, which will begin shooting at Pinewood Studios later this month and is Frears latest since directing Cheri, which starred Michelle Pfeiffer, is to be produced by Ruby Films and BBC Films and will get development and production coin from the U.K. Film Council's Development and Premiere funds.

People are drawn to Tamara Drewe, male and female. In the remote village where her late mother lived Tamara arrives to clear up the house. Here she becomes an object of lust, of envy, the focus of unrequited love, a seductress. To the village teenagers she is 'plastic-fantastic', a role model. Ultimately, when her hot and indiscriminate glances lead to tragedy, she is seen as a man-eater, a heartless marriage wrecker, a slut.

Inspired by Thomas Hardy's Far From the Madding Crowd, and first appearing as a serial in the Guardian, in book form Tamara Drewe was recently enlarged, embellished and lovingly improved by Simmonds.


• Read our review of the Tamara Drewe graphic novel.


• Apart from the first episode - go figure! - the newspaper version of Tamara Drewe can still be read on The Guardian's web site


Posy Simmonds talks about the origins of Tamara Drewe and the processes by which she ends up on the printed page.