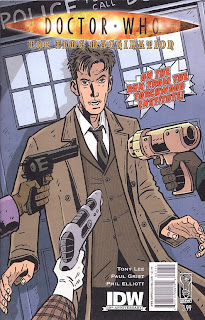 • More Paul Grist artwork can be found at Paul Grist's Big Cosmic Comic. More details of the comic are on Tony Lee's website.
Posted by Jeremy Briggs at 8:12 pm