Monkeying about with Young Gods! 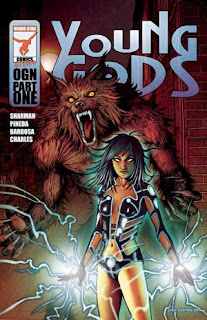 Ground-breaking British indie publisher Orang Utan Comics Studio have released the first part of their Young Gods Online Graphic Novel onto an unsuspecting world this week, aiming to bring the title to comics fans in new -- and free -- ways.

An action packed adventure tale, Young Gods, in part previously serialised in 'newspaper strip' form on ROK Comics, is a stunning looking book that's certain to appeal to a wide range of comic book fans. The series sees OUCS make the bold leap from the printed page into digital media, with Young Gods being available to read completely free online, via the digital publishing site myebook.com.

OUCS were the first organisaton to sign up to myebook’s publishing partnership plan when it went live last year.

“I think we recognized the huge potential of myebook about thirty seconds after first being shown it,” said Orang Utan Comics Studio’s Managing Editor and Young Gods’ creator, Ian Sharman. “It’s an ideal solution for small studios like ourselves who want to get our work in front of as many people as possible but don’t have the capital to finance large print runs.”

With the recent policy changes at speciailst comics distributors Diamond reducing the opportunities for small press and independent publishers to reach a wide audience through traditional print publications, OUCS see online digital publishing as an essential tool for distributing their comics to a wider market.

Ian Sharman has been working on Young Gods since he was a teenager, gaining the initial inspiration while listening to the Little Angels album of the same name. However, the road from original idea to the comic book page has been a long one, and finding the right creative team to bring his ideas to life proved very challenging.

“I think we went through seven artists, including at one point myself, before we found Ezequiel Pineda," he reveals. "His unique style was exactly what I was looking for, allowing the focus to shift from the overblown superheroics to the diverse characters that make up the team.

“I’ve been incredibly fortunate,” Ian continued, “finding not only one, but two extremely talented artists with the same passion for this comic that I have.”

The first part of the Young Gods OGN, which introduces the team and sets up plot points that will be continued in a six issue series that the creative team are currently hard at work on is available to read FREE online right now, and the second part will be released on 28th February. Be one of the first to read this exciting new comic, and share it with your friends online, just as you would a YouTube video! 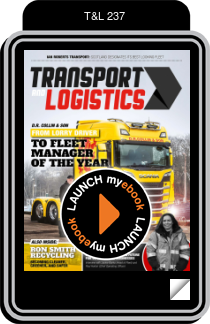 However, for people who prefer to read their comics on the move, rather than sat at a computer, Orang Utan Comics Studio are also exploring other areas of the digital revolution in comics, making Young Gods available to download to your mobile phone via ROK Comics.

The success of Young Gods will almost entirely depend on fan support, on word of mouth and the book spreading across the internet in a viral fashion. With this in mind, Orang Utan Comics Studio have produced a promotional video which they are encouraging their fans and supporters to put on their blogs and web sites in order to spread the word about this ground breaking release.