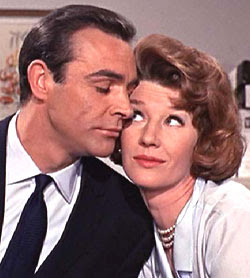 We were sorry to hear the news that actress Lois Maxwell died at the weekend.

Best known as the actress who starred as M's long-suffering secretary Miss Moneypenny in fourteen James Bond movies, she appeared in over 50 films (her uncredited first film role in A Matter of Life and Death earned her The Most Promising Newcomer Award at the Golden Globes in 1947) and also guest starred in episodes of shows sushc as Danger Man, The Saint and The Persuaders!. But she will also be remembered by genre fans as the voice of Atlanta Shore, the oft-disappointed would-be girlfriend of Troy Tempest in Gerry Anderson's Stingray.

Maxwell (also known as Lois Ruth Hooker), who died as a result of cancer on Saturday aged 80, near her home in Perth, Australia, apparently once predicted her obituary would start with ‘Miss Moneypenny Dead.’

The actress, who all but retired in 1989, gained the role of Miss Moneypenny after her husband, TV executive Peter Marriott, developed a heart problem.

“I had a husband who was desperately ill, with two small children and no money, so I called producers I had worked with before and said ‘help me’,” she revealed in an interview broadcast by the Australian Broadcasting Corporation in 2005. 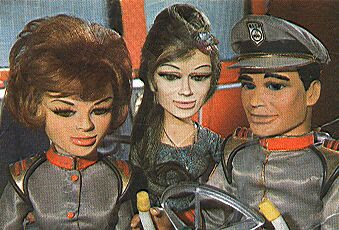 Although she had to provide her own clothes and was paid just £100 a day for her appearance in Dr. No (according to the Bond book Kiss Kiss Bang Bang), Maxwell instantly made the most of an essentially cameo role and was still getting fan mail from Bond lovers up until her death.

"She was always fun and she was wonderful to be with," recalled Sir Roger Moore. "She was wonderful, absolutely perfect casting. It was a great pity that, after I moved out of Bond, they didn't take her on to continue in the Timothy Dalton films. I think it was a great disappointment to her that she had not been promoted to play M. She would have been a wonderful M."