More fantasy films on the way 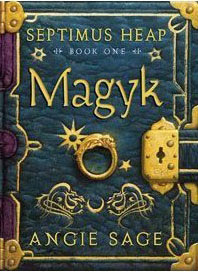 Everyone seems to be chasing the next Harry Potter, and Warner Bros., who produce the box office-busting films (Harry Potter and the Order of the Phoenix took in an estimated $44.2 million in its first full day in the US alone) are no exception. They've just picked up the movie rights to Septimus Heap, a popular seven-book fantasy series by author Angie Sage, from publisher HarperCollins.

Ctnopsis reports the movie adaptation of Septimus Heap: Magyk, the first book title in the series, will be produced by Karen (Devil Wears Prada) Rosenfelt with author Sage serving as executive producer.