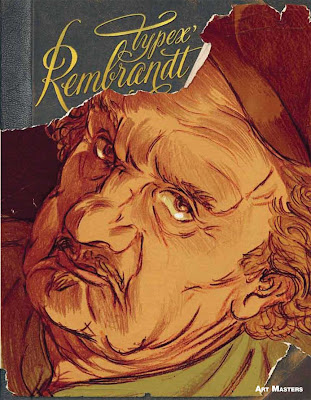 SelfMadeHero are to release a graphical biography of the world’s greatest portrait painter, Rembrandt, in April, produced in association with the Rijksmuseum in Amsterdam.

The biography from Dutch illustrator Typex presents an unique colourful account of the great artist's life and times in 17th century Amsterdam – and is the first in a new range of Art Masters titles from SelfMadeHero, intended to appeal to both fans of art history and graphic novels alike.

Rembrandt is regarded as one of the greatest painters and print makers in European art history and the most important in Dutch history. His self-portraits have revealed an intimate personal record of himself as an artist, but he has also established his reputation for reflecting the growing wealth and prosperity of 17th century Amsterdam and its
inhabitants.

This new graphic novel presents an authentic account of his life full of historical colour, and in an absence of facts, the authors have drawn inspiration from the wealth of anecdotes about the world-famous artist. His private life often found him at odds with the Church and nobility, forever in debt and living with his former maid. It’s a story that unfolds with all the passion and drama of a TV series as it reveals one man’s artistic vocation and the work it demands, a world of life and death, love and bereavement, fame and loss.

"Rembrandt represents an unique collaborative enterprise between the author, Typex, The Netherlands Foundation for Visual Arts, Design and Architecture and the Rijksmuseum, home of the world’s largest and most important Rembrandt collection," says a spokesperson for SelfMadehero, "which has resulted in a stunning and surprising account of one of
the world’s most influential painters."

Gerrit de Jager and Gert Jan Pos wrote the concept for Rembrandt. Pos is a journalist and translator who has curated several comic related art shows and works as a trustee of comics for The Netherlands Foundation for Visual Arts, Design and Architecture.

The art of illustrator Typex, an Amsterdam College for the Arts graduate, appears in many Dutch national newspapers and magazines and has illustrated numerous children’s books. He is also author of numerous comic books.

Rembrandt is the first of a new series from SelfMadeHero under the Art Masters banner. Future volumes will give the same biographical treatment to the lives of Salvador Dalí and Pablo Picasso, all told by internationally renowned writers and illustrators.
Posted by John Freeman at 5:30 pm