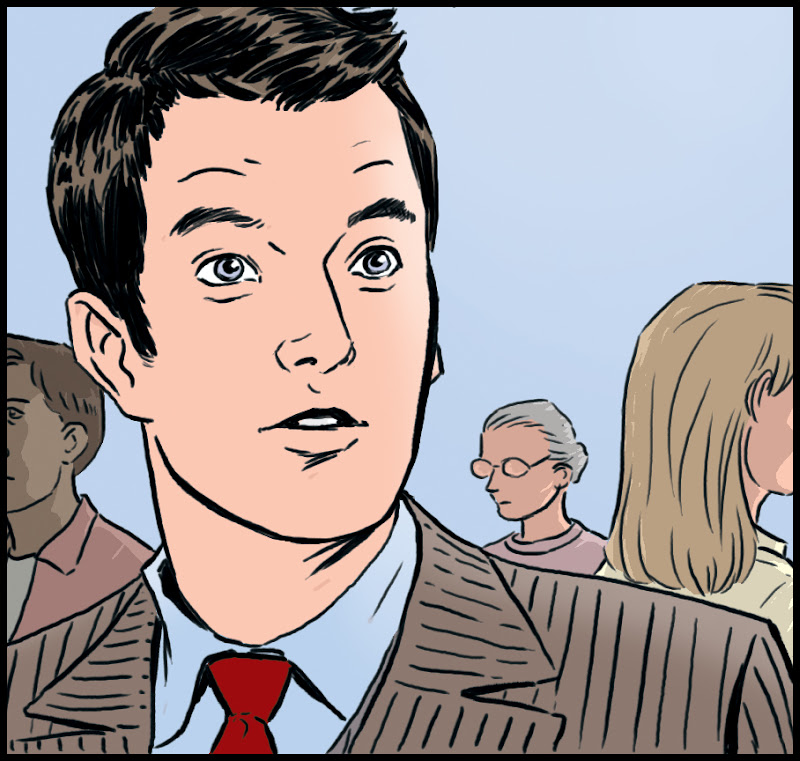 The new issue of Titan's official Torchwood magazine – on sale in the UK on Thursday 15th April – plays host to an exclusive Torchwood comic strip penned by series star and fan-favourite, Gareth David-Lloyd and drawn by award-winning artist Pia Guerra.

David-Lloyd's character, Ianto Jones, who died in Captain Jack’s arms in the recent Torchwood five-part story Children of Earth, gets a new lease of life and takes centre stage once again in this exclusive comic strip - a move that will delight all fans of the criticallly acclaimed Doctor Who spin-off.

"I feel I know this character implicitly," says David-Lloyd, talking exclusively to the official Torchwood magazine. "The narrative of this comic focuses predominantly on Ianto, and integrates a number of characters who have been missed by Torchwood's ardent followers."

Titled 'Shrouded', the story comes in two parts as Ianto, who struggles with his tumultuous feelings for Captain Jack from the offset, has his world turned upside-down by the visit of a familiar face from the future.

Additionally, he is set a mission that could alter the course of life, as he knows it, forever...

• Torchwood Magazine #21 is on sale on 15th April in the UK and 11th May in the US. For more information, visit http://titanmagazines.co.uk/torchwood or www.facebook.com/TorchwoodMagazine