Blast from the Past: SCAN, with added Alan Moore 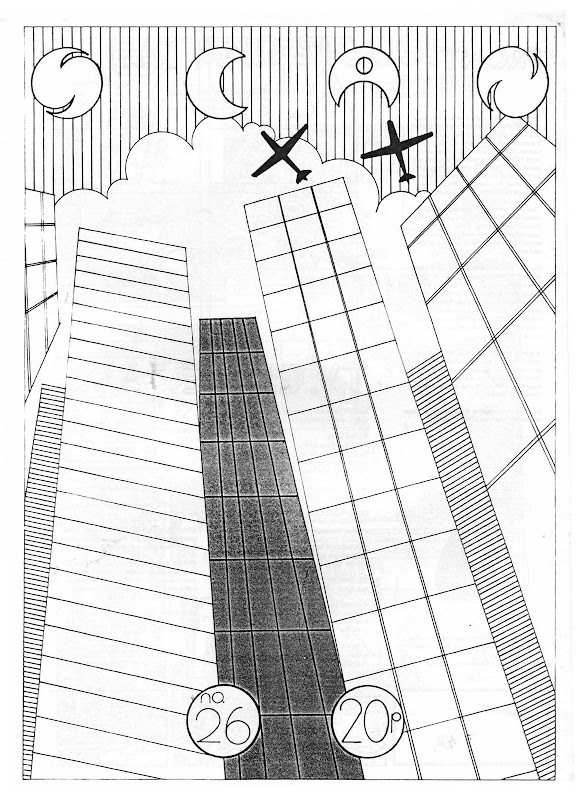 After a brief conversation with Bugpowder's Andrew Luke earlier this week, I've digitized a couple of issues of my early fanzine, SCAN, which I initially co-produced with designer Matt Bingham and helped set nme on the road to my comics career at Marvel UK and beyond.

SCAN started out a poke in the eye at British comics generally - both small press and mainstream. Matt designed the first cover to be as bland as possible, reflecting, I seem to recall, his annoyance at pretentious many small press comic covers were that he'd seen.

Issue 1/26, our first issue, includes a made-up letter from one "Alan Moore". We cheekily pushed a copy of our comic into Alan's hands at a legendary Westminster Comic Mart and thanked him for it: Alan retorted "Did you write yoo a letter?" before returning to sign early Marvel UK comics for a long queue of fans....

The digital version of Issue 2/25 includes what remains a very funny real letter from one Alan Moore in our 'Scan newsletter': he became a subscriber and the fnazine had support from huge numbers of creators including Mike Collins, Richard Starkings, Bryan Talbot, John Tomlinson, Dave Jones, Ralph Kidson and others, and, eventually helped me get a job at Marvel UK. (Which is why I always say it's worth self publishing). 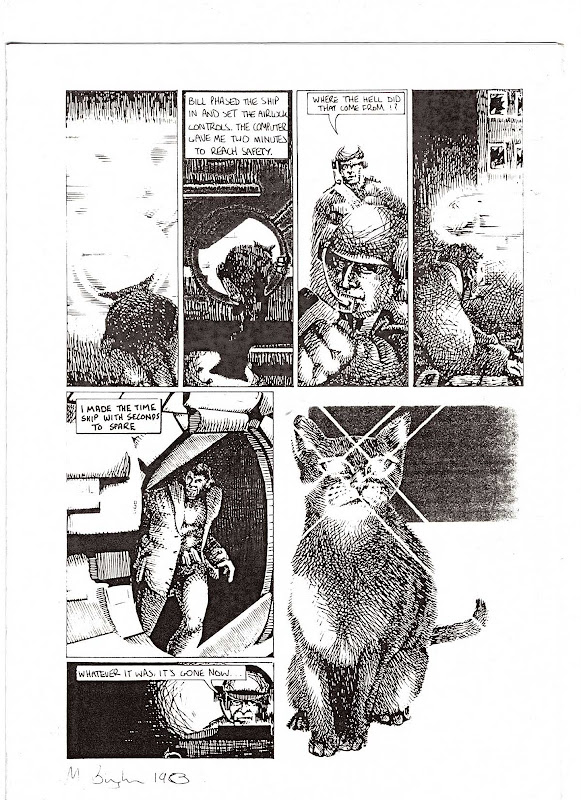 Our main strip, a convoluted time travel story called "Cat and Mouse", had an episode published in a Marvel UK title thanks to support from John Tomlinson. The cheque we received for use - my first paid comics work! - was amazing, with a Spider-Man and Hulk logo. I'd never have cashed it if I hadn't needed the money).

A word about the numbering. We started at Issue 26 and worked backwards, then forwards, then missed issues, then changed formats. It drove some readers mad. It certainly drove Paul Gravett mad, who very kindly distributed SCAN through "Fast Fiction", at the Westminster Marts and by mail order, so later issues, if you can find them. do run consecutively.

To further confuse things for any potential buyers in Lancaster, SCAN was and remains the name of the Lancaster University Students Union (a particularly arrogant Student Union president had seriously annoyed me on some issue and this was a weird bit of revenge), and we sold it in local pubs. Folk did confuse the two, so we probably wisely stopped doing that.

Matthew Bingham, of course went on to become a top-flight designer and editor, working on titles such as FHM.

John Freeman continued to be annoying.

I hope you enjoy this small "blast from the past".
Posted by John Freeman at 9:46 am