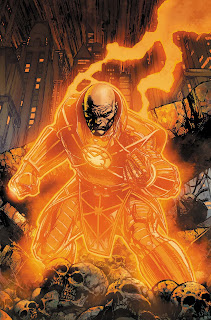 Hugo Award-nominated, top British comics creator Paul Cornell - whose credits include Captain Britain and MI13 and Doctor Who – has just been announced as the writer of DC Comics prestigious Superman title, Action Comics.

Paul Cornell will join interior artist Pete Woods and cover artist David Finch on Action Comics in June, stepping in at a critical point for Superman, coming out of The War of the Supermen.

"I'm seriously psyched to be working on such a legendary title," says Paul via his blog, "and to be back on an ongoing again, and to be working with artist Pete Woods, whose designs are a delight already.

"And my first story arc centres on Lex Luthor, who's always been a favourite of mine."

"So many legendary creators have written this title in the past that I’m giddy and frankly terrified at the prospect of following in their footsteps,” he commented on the DC Comics site The Source. 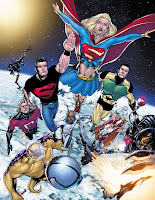 Paul replaces author Marc Guggenheim, who had been announced as the new Action Comics writer earlier in the year but who, says Superman Group Editor Matt Idelson, had concerns about whether he was the man to write the tale he had come up with for the title. "Rather than do a disservice to the book, the readers and himself, Marc decided to step away from Action, and we both know that sometime in the future, we’ll be collaborating on Superman for sure."

Action Comics has often been a 'home' for British talent: artist Gary Frank is among recent creators who have worked on the title.