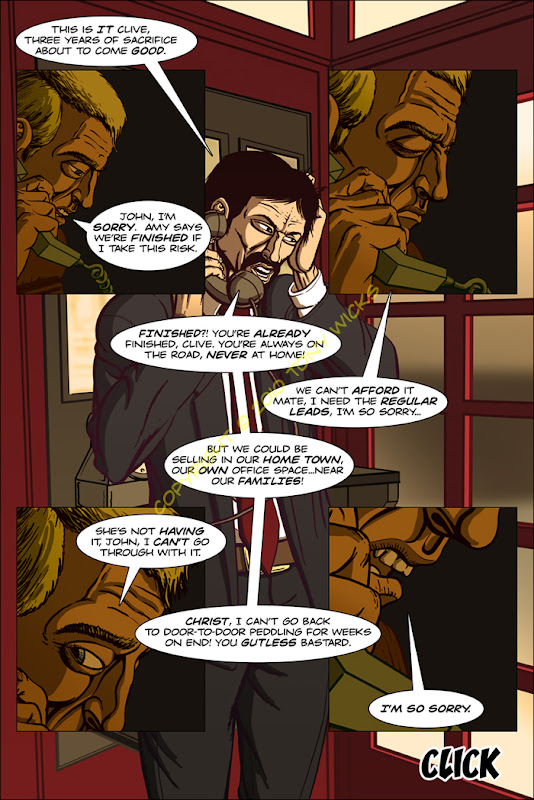 "John Higgs is no longer a participant in the rat race," says Tony of the story. "He's living the life he always wanted, with his family and his music on an island paradise. But nothing ever seems to last forever.

"Something bad is waiting just around the corner, and in his extremity John will be given a life line. Will he be able to lay old ghosts to rest and listen to the one who can help him, before it's too late?"

CD24, also publishers of projects such as Jack in the Box and Last of the Chickenheads hope a new page will be uploaded on a weekly basis(ish) -- work and real life permitting!

Check it out at: www.alameda-comic.co.uk
Posted by John Freeman at 9:09 am