New Doctor Who a "Half Witted Clown" 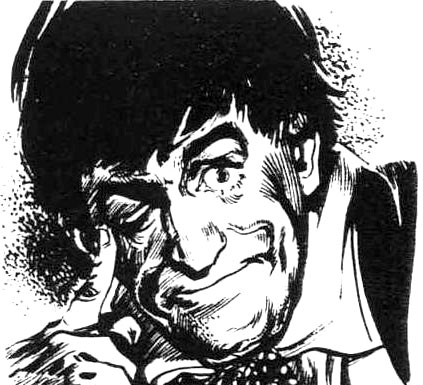 With new Doctor Who Matt Smith now on our screens, reaction to this latest regeneration seems to have been generally positive. But to hear a new Doctor described as a "pantomime character" or "a looney" may come as a surprize. Are these critics of a new incarnation watching the same show as the rest of us?

Indeed not - these comments were made when past Doctors - some of whom went on to become hugely popular - first debuted.

Reaction to new regenerations of everyone's favourite Time Lord on Doctor Who has always been mixed, as a favourite, established character changes into something completely new -- and newly-published BBC Archive documents reveal just how much these transformations have affected some of the show's audience.

Papers spanning the 40-plus years history of Doctor Who have just been published online and reveal the difficulties of bedding in the new Doctor, with internal memos noting how his first transformation (with Patrick Troughton replacing William Hartnell) was originally envisaged as a bad LSD trip.

"Once a brilliant but eccentric scientist, he now comes over as a half-witted clown," objected one viewer of Troughton's new role, while another told the BBC's Audience Research Department: "I'm not sure that I really like his portrayal - I feel the part is exaggerated - whimsical even.

"I keep expecting him to take a great watch out of his pocket and mutter about being late like Alice's White Rabbit."


Jon Pertwee fared a little better in 1970 but one document reveals "Reaction to this first episode of the new Dr Who series can hardly be described as enthusiastic." Tom Baker, too - despite becoming one of the series best-loved incarnations - was described by a viewer as "a looney.

"He is an eccentric always, but the way it was presented made him stupid," said one viewer, while others urged the return of Pertwee.

"It was nice and creepy, but I like the other Dr Who best," claimed a 12-year-old boy.

"The new Doctor is too stern and doesn't have enough humour," thought one viewer, while another said: "I find him too aggressive and just not as pleasant as other Doctors."

It was a sign of things to come, as dissatisfaction with Doctor Who grew. "The whole concept is now outdated and overworked," one viewer opined, with around a fifth of those interviewed feeling the show had lost its edge. "The stories have become predictable and lack excitement. I'm afraid it has lost its appeal."

Poor old Sylvester McCoy fared even worse than maligned Colin. His "approval rating" when he debuted in Time and the Rani in 1987 was considerably lower than Colin Baker's, although the reception given to his sidekick Mel (played by Bonnie Langford) proved to be the show's nadir: a quarter of viewers said she was the worst thing about the series, with over half the audience wishing she had been eaten by cannibalistic senior citizens in McCoy's second story, Paradise Towers.

Faced with such criticism, moved to a time slot that put it up against Coronation Street and hated by BBC executives such as Michael Grade, it is hardly surprising the show was put on hiatus two years later - and seemed, back then, unlikely ever to return.

Reactions to new Doctor Who leads down the years forms part of a new online collection from BBC Archive which looks at the changing face of the Doctor and includes internal BBC memos which outline new characters and plot devices.

One document from 1970 discusses plans for the debut of the Master emphasising how he must be played in a "natural and convincing" way.

"He must not be written as a moustache-twirling villain of melodrama or given melodramatic dialogue; if anything his evil quality should be underplayed, though never forgotten," it urges. Actor Roger Delgado was to fulfill those obligations with consummate skill and delivery.

Articles from Radio Times and programme images have also been digitised for the new site.

"The whole idea of regenerating the Doctor was a flash of genius that's kept Doctor Who fresh and exciting for 47 years now," argues Roly Keating, the BBC's director for archive content.

"As we welcome Matt Smith and Karen Gillan into the TARDIS, it's the perfect moment to remember his predecessors and also to celebrate the work of the BBC Archive in preserving these documents and photographs for future generations."

• View the material at bbc.co.uk/archive from today
Posted by John Freeman at 7:32 am