Art from Trigan Empire by Don Lawrence, Dan Dare by Keith Watson and Nellyphant by Leo Baxendale are just some of the lots in the current ComPal Auction, which closes soon. 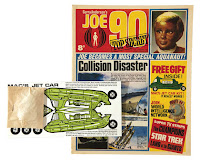 Also up for grabs are first issues of titles as diverse as Comic Cuts, published in 1890, Mystic, published by L. Miller in 1960 and a first issue of Joe 90 comic - with free gift.

Comic Cuts is widely regarded as the first comic and the Number One on offer is one of very few known to have survived. "It’s a bit grubby and dog-eared," note ComPal, "but one might be after 122 years." Not so The Hotspur with some ultra high grade complete years of 1935 and 1938 on offer. 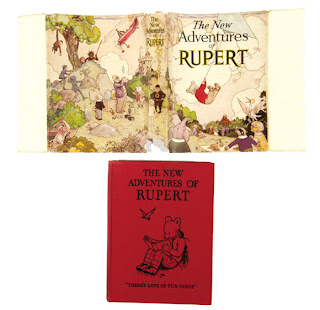 The first Rupert annual was published in 1936 and there’s a copy available with rare dust jacket followed by annual 2 with its original despatch box.

A Beano Book 1 is also in the auction. 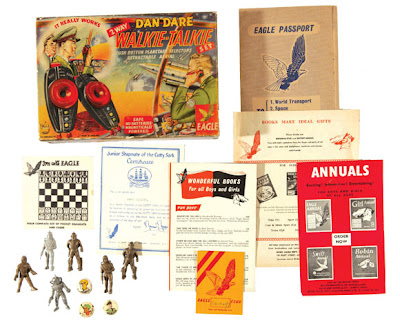 One other fun item has to be a set of Dan Dare knitting patterns published by Sirdar in 1991, offered with some Dan Dare model figures set hand-painted metal and boxed, produced by Good Soldiers in the 1990s.

One of ComPal's long standing customers mainly collected Christmas and Fireworks issues of Beano and Dandy and he has consigned his entire collection of war years issues right through to the 1970s.

One non-comic offering is a 1939 run of Picture Post with brilliantly evocative covers and photo-stories of Britain preparing for war. 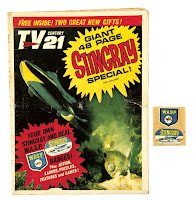 A rare TV Century 21 special is also on offer, along with Fleetway’s Super Library, all 26 issues, and a fine Trigan Empire artwork by Don Lawrence.


• Bidding closes on Tuesday 27th November at 8.00pm GMT. Full catalogue at www.compalcomics.com/catalogue/index.htm. If you have a question about any of the items in the catalogue, please send an email to Compalcomics director Malcolm Phillips at comicbook@compalcomics.com