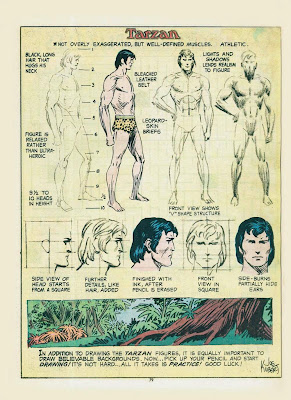 We're very sorry to report the passing of US comic creator Joe Kubert, whose legacy as an industry great and influence on comic artists the world over - including the UK - cannot be in any doubt, has died. He was 85.

Quite apart from his work in comics (which includes Tarzan, Sergeant Rock, Hawkman, Tor and the acclaimed 1996 graphic novel Fax From Sarajevo, Joe was a pioneer in art instruction, opening Joe Kubert School of Cartoon and Graphic Art school in 1976.

Now known simply as The Kubert School, the institute has turned out several well-known artists including Dave Dorman, Steve Bissette, Alex Maleev and many more - not least of which are his sons, Adam and Andy, who also teach at the School today.

"A great artist and a great man," commented British comics artist Dave Gibbons on Twitter as news began to break of his passing.

His final published work is likely appear in the pages of Before Watchmen: Nite Owl or his solicited six-issue Joe Kubert Presents miniseries.