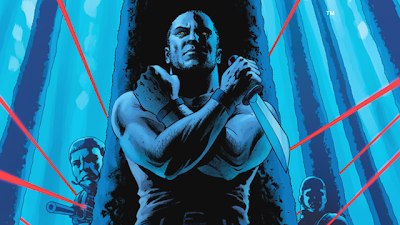 Gamekeeper is an epic tale of espionage, illustrating one man’s battle with the wild side of nature — and himself.  Brock is a reclusive, enigmatic groundsman who lives a quiet existence, until mercenaries invade it and destroy any remnants of his life he has left.

Now, set on a path of vengeance, it becomes difficult to tell who has more power – the man, or the animal within.