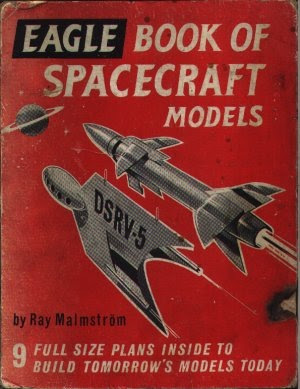 Eagle fan Ian Hartas has created an in-depth guide to the long-running Eagle annual over at www.EagleAnnual.info.

The Eagle Annual Number 1 was launched in 1951 for the year 1952, building on the success of the comic which had been launched in the April of the previous year. Ian reveals he was born too late in the 1950's to enjoy the Eagle Annual when first published, so his introduction to them was as a set of hand-me-down copies from an older cousin.

"I read them from cover to cover time and time again," he reveals, "then when I thought I had had enough of them I passed them onwards again to another delighted recipient.

Over the last few years he has been browsing around numerous second-hand book shops re-creating his collection and also buying the newer volumes which he did not have the first time around. As he did, he discovered there were many companion annuals, which he has begun to collect.

The result is this in depth personal tribute to the Eagle Annual, offering fans of the comic the opportunity to enjoy some of the magic within the pages of these classic boys' and girls' annuals.
Posted by John Freeman at 7:00 am