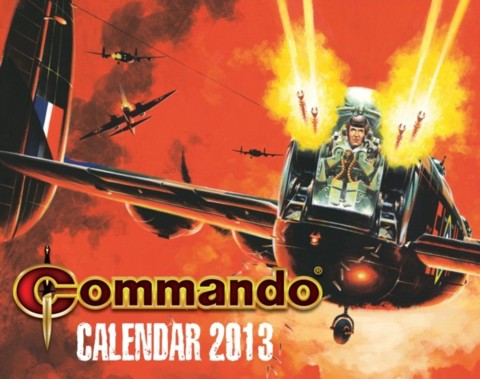 It is the time of year when the calendars are in newsagents, card shops and shopping centres around the country and for the second year running Waverley Books have produced a calendar featuring the painted cover artwork of Commando. The cover illustration by Ian Kennedy, from Tiger In The Tail, shows an RAF Lancaster bomber tail gunner letting loose at attacking German night-fighters while the twelve monthly illustrations include another five different Ian Kennedy covers along plus art by Gordon Livingstone, Ken Barr, Jordi Penalva and Jeff Bevan. The Commando Calendar 2013 has a cover price of £6.
In the meantime the seemingly unstoppable juggernaut that is the Commando publishing schedule brings us the next four issues of Britain's last war comic which are available in newsagents from today. 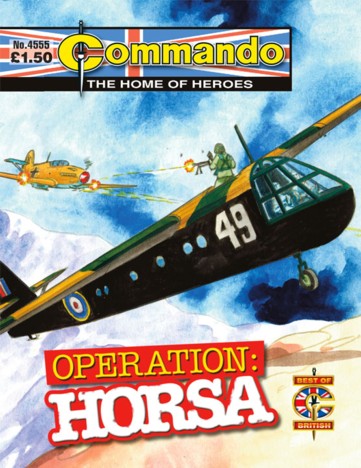 Captain Mike Markham and his unit of Paras were part of a small striking force sent to neutralise a flotilla of E-boats menacing Allied shipping. But when problems with their glider saw them come down many miles from their objective they thought their role in the plan was over.

Little did they know they would still have a chance to do the job…though they would have to invent a new plan as they went along. They called it OPERATION: HORSA. 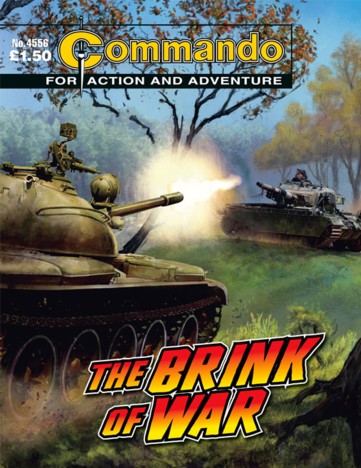 For Panzergrenadier Otto Feldman the war ended in 1945 when, after escaping a ruthless Russian major who butchered his comrades, he surrendered to American forces.

Years later, as the Cuban Missile Crisis put the world on the brink of nuclear war, Otto was unexpectedly back in action. He and his young son, Gunther, were caught in the middle of a clash between British Centurion tanks and Russian T54s – not to mention an old enemy from the past… 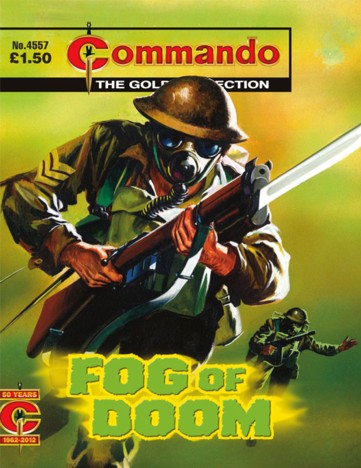 There were many who scoffed when it was said that the battlefield at Arras was haunted – haunted by the ghosts of the soldiers who had fought and died there in the First World War. But when the tide of battle in World War II flooded over the same ground, strange things happened. To the men who fought there it seemed as though the spirits of the glorious British dead had risen again and were fighting shoulder to shoulder with them in one of the most vicious actions of the whole war.

In the early years, Commando was confined to Second World War stories, other conflicts were out of bounds. Unless, of course, a clever author could shoehorn in a mention of, say, the First World War. Which is what Eric Hebden has done here, stitching together scenes from both conflicts with a nightmarish connection.

His narrative is brought to life by two other Commando stalwarts ‑ Gordon Livingstone and Ken Barr. Livingstone’s strongly defined black and white work being a fantastic counterbalance to Barr’s almost ethereal use of colour on the front cover.

All in all a classic Commando. 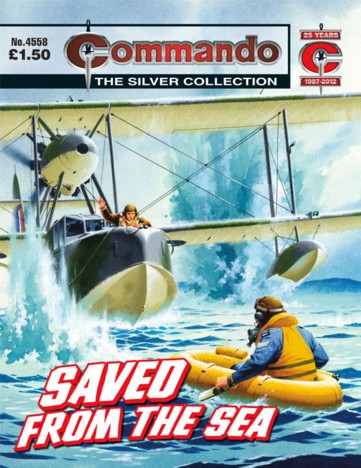 The Supermarine Walrus – slow, lumbering and almost defenceless. Not much of a plane, you might think. But to the RAF Air/Sea Rescue service these aircraft were priceless, plucking flyers and sailors from the sea, often in atrocious weather. As the pilot of one of these remarkable boats, Ted Brewer took all this in his stride. But then the day came when he himself was in danger of drowning unless a Walrus came along to save his life!

The men of the RAF’s Air/Sea Rescue service did an amazing job, saving the lives of many downed flyers. This is a great tribute to their vital, perhaps overlooked, work and featuring stunning art from Jose Maria Jorge – quite rightly famed for his aircraft illustrations. But, as you will see, Jorge could draw anything and was equally adept at sea tales – what a fine example of his versatility.

Much like the heroes of the story, in its own quietly understated way, this is a classic from the Commando archives.