The ABC Show section of the London Comic Mart on Sunday 2 December had a Dandy theme with a selection of original artwork for sale as well as plenty of back issues. The Cartoon Museum and Phil Comics both had sales tables while there were also a number of Dandy and Beano artists there to talk to and sign items for the punters. 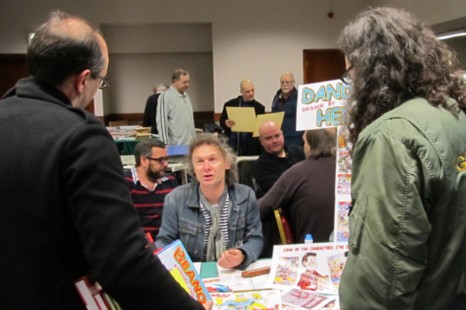 Henry Davies (above centre) talks to two fans while Gary Northfield (left), Lew Stringer (right) and Nigel Parkinson (with back to the camera) compare notes. 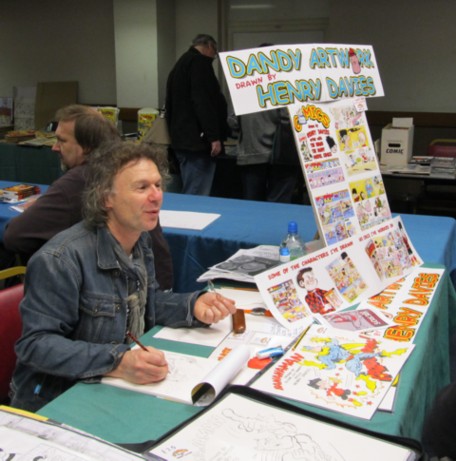 Henry had a good selection of his artwork on display and for sale. 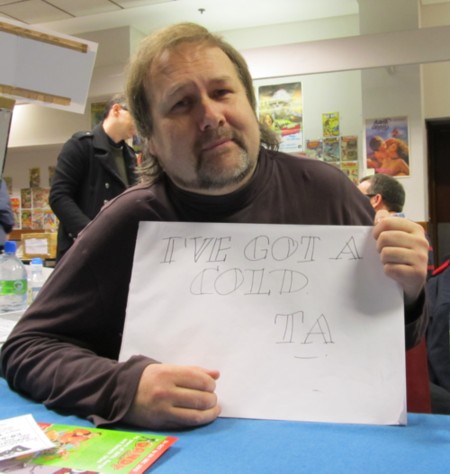 Nigel Parkinson (above) was feeling somewhat under the weather but still managed to sign items. You can find out more about Nigel's work on his blog, Nigel Parkinson's Cartoons. 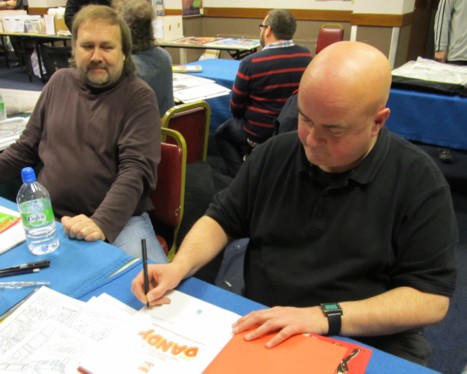 Lew Stringer (above right) signs a copy of The Art And History Of The Dandy as Nigel looks on. You can find out more about Lew's work on his website while his blog Blimey! remains indispensable reading for fans of old British comics.

All photos by Richard Sheaf. 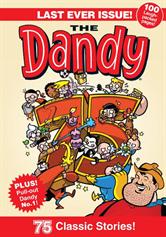 The last print issue of The Dandy, a 100 page special including a reprint of the first issue from 1937, goes on sale on Tuesday 4 December with a cover price of £3.99.

Anyone concerned that they will not be able to find a copy of the issue, which has a print run of 50,000, can order it directly from the DC Thomson on-line shop. The on-line shop also has a special offer of a Dandy Collectors Pack of a copy of the last issue as well as a copy of the hardback book The Art And History Of The Dandy signed by the last two editors of the comic, Morris Heggie and Craig Graham.
Posted by Jeremy Briggs at 7:00 am