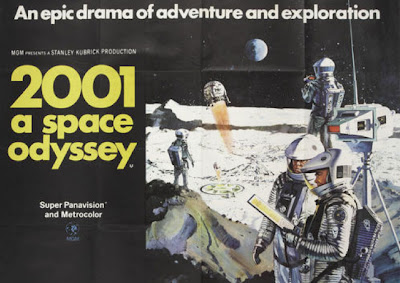 The highlights from the sale include a detailed miniature model from the 1979 Alien film of the engine room of the Nostromo mothership, being offered directly by the model maker William "Bill" Pearson. The model engine room was designed for an establishing shot in the film, and is clearly visible in the scene when Ripley sets the ship to self-destruct.

Original models used in the production of Alien have rarely come on to the market and are highly sought after.

Following the same theme, included in the horror and science fiction section of the sale is a large airbrush illustration created by the Alien film’s Academy Award-winning designer and surrealist artist H.R. Giger. The artwork depicts a sinister skeletal creature, and was discovered painted on a door panel in the boiler room at Shepperton Studios, a bolt-hole frequented by the artist throughout the making of the film.

A number of items from the archives of the BBC will also be offered for sale, including costumes and props from renowned television series Doctor Who. One of the key pieces is a large prop latex shark used in the 2010 Christmas special A Christmas Carol, valued at £1000-1500. 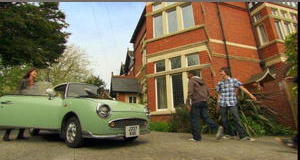 It will also be the first time key props and costume from the popular Torchwood and The Sarah Jane Adventures series’ will be offered at auction, including Captain Jack Harkness’ RAF blue Great Coat, valued at £700-900 and Sarah Jane Smith’s emerald green and white Nissan Figaro car £4,000-6,000.

Created due to the burgeoning interest in European classic cars amongst Japanese car collectors in the 1980s, Nissan produced four retro inspired cars emulating 1960s European styling but incorporating up-to-the minute Japanese technology. Previewed in 1989 and launched in 1991, the Figaro was the fourth of these. A turbocharged, Micra-powered sportscar, it was soon in such demand that a lottery was organised to determine the lucky owners of the limited run of 20,000 produced. 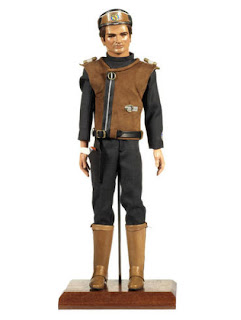 Other pieces available to collectors will be a large collection of concept designs from Indiana Jones and the Last Crusade, with estimates ranging from £500-3,000, an original Captain Brown puppet used on the 1960s original Captain Scarlet series, estimate £12,000-15,000, Christopher Reeves director’s chair, £500-700, and two handmade spacecraft models used in series 10 of Red Dwarf, valued at £500-700 each.

Music memorabilia, including rare Beatles items, are also part of the auction.