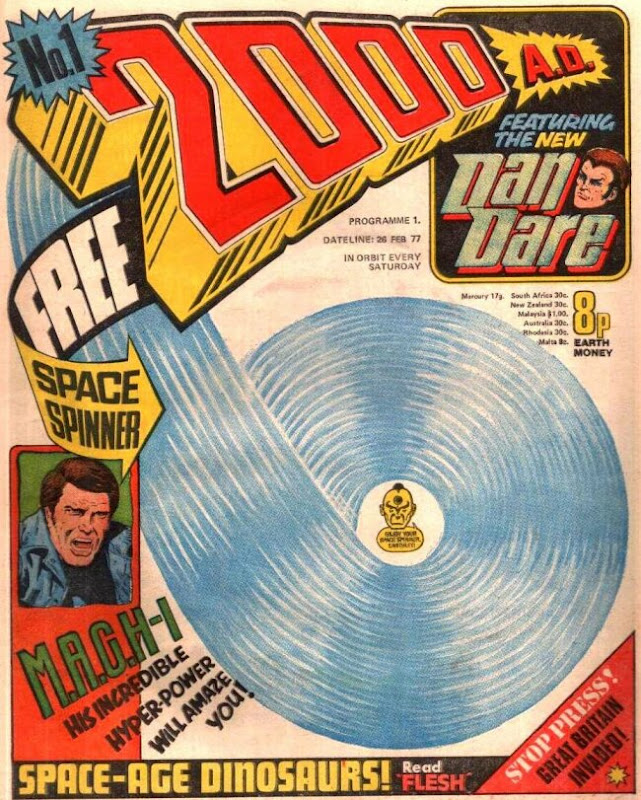 In November 2006, after an impetuous, ill-thought out bid on eBay, comic creator Paul Rainey won the first 1188 programmes of 2000AD... and so began a marathon read that became a long-running decision to rad and review them every issue of the Galaxy's Greatest Comic, that became the www.2000adprogslog.com.

That marathon comes to an end this weekend.

"Rather than just have those 2000ADs sit piled up in my bedroom collecting dust, tormenting me about how much money I had spent on them, I decided I was obliged to read them all," says Paul. "I thought, rather than just read them why not blog about the experience too. So, I started the 2000AD Prog Slog Blog where I review every other issue of the Galaxy’s greatest comic and many of its associated publications.

"Well, after three and a half years of thrill power intensity turning my mind into a boggled mess and over 700 entries, the blog is due to come to its intended conclusion this weekend.

"Of course, I would like to tell you how proud I am to have got this far but there’s a part of me that feels ashamed," Paul admits ruefully, "at having used up so much time on a project which, let’s face it, is obsessive and stupid. All I can say for certain is, ‘it’s been emotional’ and ‘thank God it’s over’."

Paul has been a longtime fan of 2000AD from the outset. "How I heard about it originally, I’m not entirely sure," he reveals in one of his early posts on the blog. "Some part of my memory tells me that I saw an advert on TV, either early one Friday evening or Saturday morning. I also have a suspicion that John Craven’s Newsround did an item on the return of Dan Dare to comics. Whatever, I can’t imagine how I would have known about it even though I was buying lots of Marvel UK titles at the time." 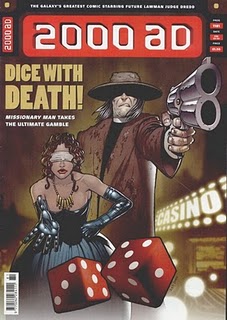 If you have ever read 2000AD when you were younger or have an interest in the blog, then you can read all entries so far. Decide for yourself whether Paul has been wasting his huge creative talents on this blog when he could have been drawing ore There's No Time Like the Present - or if his reviews provide what we think here are a fantastic document on the development and continued life of 2000AD.

The final prog is scheduled to be reviewed early on Friday evening while the farewell entry will appear sometime over the weekend.

And, if you’re one of those people who think that the 2000AD Prog Slog Blog should continue then you will be pleased to know that fellow comic creator David Page, is picking up where Paul will be leaving off on his blog -- www.deadlldo.blogspot.com.
Posted by John Freeman at 9:11 am