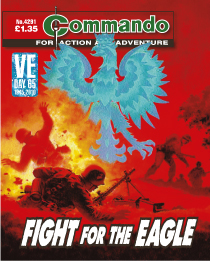 New Commandos from DC Thomson now on the news stand in the UK highlight the work of top veteran comic artist Ian Kennedy and sees the start of the VE-Day stories, marking the 65th anniversary of the end of World War II in Europe.

Issues 4291 and 4292 of the digest title are brand new, while 4293 and 4294 were originally commissioned as part of a seven-part series for the 50th anniversary and get a fresh outing this month. The rest of the series will follow this month and next.

Ian Kennedy’s covers grace three of the books, two with extra portraits on the back cover. Janek Matysiak, who has retrained to create his images totally digitally makes a welcome return as a cover artist with a new technique for his artwork. "We like it," says Commando editor Calum Laird, "and we're interested to hear the reaction to it.

"Commando stalwart Gordon Livingstone’s artwork appears in 'Slogger’s War' — we’re sure his fans will be delighted by that."

Commando 4291: Fight for the Eagle

Private Pete Curtiz was proud to be British — joining up to serve his country during World War II. Thanks to his surname though he was ordered to join a Polish unit. He was to fight for the Polish Eagle alongside men he had nothing in common with.

These tough veterans resented his presence and, in turn, Pete developed a bad attitude towards them.

They would have to set aside their differences and work as a team to survive. But could they? 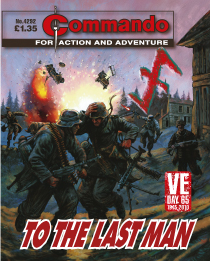 In May 1945, even after the surrender of Germany, occupying Allied forces were in danger, forced to keep a constant vigil for marauding Nazis. They were the much-feared Werewolves — brutal, renegade, die-hards.

So a British Commando unit was given one final mission... to hunt down this enemy who would fight to the bitter end... 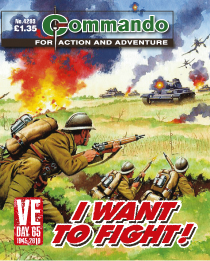 They couldn’t know then that the day of victory would come in May, 1945. For Jean Duval, a French soldier who saw his unit crumble under the full force of the Nazi blitzkrieg in France in 1940, it would a bitter, hard war... 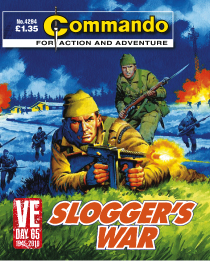 They couldn’t know then that the day of victory would come in May, 1945. Tom "Slogger" Morgan, a British Commando, was to find that facing the enemy called for a certain kind of courage — but this was not the only kind of bravery needed in the battle for survival!