Watchmen Reviews Round Up 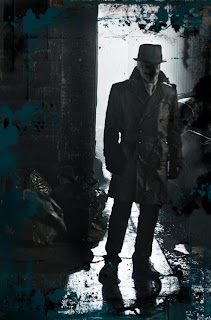 In the absence of getting to the film myself yet -- is it really worth putting up with modern cinema goers habits like texting on their mobiles, talking through the film and having the bladder control of fleas to bother? -- here's some clips from a selection of reviews so far for Watchmen, which is released tomorrow in the UK...

• Empire
"Okay, it isn’t the graphic novel, but Zack Snyder clearly gives a toss, creating a smart, stylish, decent adaptation, if low on accessibility for the non-convert..." (4 Stars)

• The Scotsman
"The strengths of the film are the strengths of Alan Moore: ingenious, psychologically resonant stories full of breathtaking images and set pieces. Watchmen isn't an empty husk like The Spirit or a cinderblock piece of myth-making like Dark Knight. The character flaws extend to erectile dysfunction for one superhero; when it turns out that he just needs to beat someone up beforehand, Watchmen shows him conquering his problem to the tune of Leonard Cohen's 'Hallelujah'..."

• Associated Press: Watchmen Almost Too Faithful to the Book
"At almost three hours, Watchmen tries to cram in nearly everything writer Alan Moore and illustrator Dave Gibbons originally depicted, but then the ending feels rushed. (And it's slightly different. That's all we'll say.)"

• Boston Herald: What A Long, Strange Trip
"A superhero “Doctor Strangelove,” softly murmuring the line, “Hello darkness, my old friend,” into our ears, the long-awaited, deservedly R-rated Watchmen arrives, and the hills are alive with the sound of fanboy geekgasms. But at 2-hours-plus, it’s a long, noirish, misanthropic slog through the dank pop-culture dungeons of creator Alan Moore’s mind..."

• The Edmonton Sun
"Although the performances range from thoughtful (Wilson) to misguided (Matthew Goode as Ozymandias), the standout here is Jackie earle Haley as the fascistic, uncompromising Rorschach, a seedy avenger whose obsessions would give Bruce Wayne the willies..."

• Gizmodo: Is Ozymandias Steve Jobs?
"The movie may not be the comic book, but I loved Watchmen. Great eye candy, awesome soundtrack, and it's packed with pop culture references—and some of those made me think that Ozymandias is Steve Jobs..." (Great montage to support this theory...)

• Houston Chronicle: Watch out — superhero flick is over the top
"... The tale of outcast vigilantes in a rotting alternate America was never “unfilmable.” The question isn’t whether Watchmen could be turned into a movie. The question is, should it? And judging from Zack Snyder’s garish, uneven and excessively cruel interpretation, I’d say no..."

• The Los Angeles Times
"Alan Moore was right. There isn't a movie in his landmark graphic novel "Watchmen" -- at least not a really good one. What we get instead is something acceptable but pedestrian, an adaptation that is more a prisoner of its story than the master of it."

• The New Yorker
"The bad news about Watchmen is that it grinds and squelches on for two and a half hours, like a major operation. The good news is that you don’t have to stay past the opening credit sequence -- easily the highlight of the film..."

• PopCandy
"Watchmen isn't a feel-good superhero story, and Zack Snyder's version is definitely not for kids. It's bloody, bullet-riddled and raw... I think the best thing to come out of the renewed Watchmen hysteria is that it may introduce/reintroduce thousands of people to comics. And, for that, I'm willing to sacrifice a squid."

• Rolling Stone
"Even if you don't see Snyder's version, which has its problems, it won't kill you to peek at the comic book that Lost co-creator Damon Lindelof called "the greatest piece of popular fiction ever produced. As for you Watchmen junkies, enough with tearing down the movie before you even see it... [Alan] Moore recalled his four years of toil on the 12-issue DC Comics series as "slam-dancing with a bunch of rhinos." That description also fits watching the movie, which stumbles and sometimes falls on its top-heavy ambitions. But there are also flashes of visual brilliance and performances, especially from Haley and Crudup, that drill deep into the novel's haunted soul..."

• The Seattle Post Intelligencer
"Fans of the critically acclaimed and enduringly popular 1986 graphic novel Watchmen should be pleased with the eye-filling, slavishly faithful, long-time-coming film version that opens today and threatens to become the first true movie event of 2009. In many ways, it's right on the money... On the other hand, in paring down the novel's complex structure and dense tapestry, so much of the characters' backstories and the setup of its alternate universe have been lost that it's hard to imagine how anyone completely unfamiliar with the book could possibly make much sense of what's going on. (B+)

• The Seattle Times: Watchmen" has the power to stupefy
Watchmen, the latest adaptation of a superhero fantasy, is literal, tiring — and much less fun than Dave Gibbons' graphic novel. Review by Seattle Times movie critic Moira Macdonald.

• The Toronto Star
"It's not family entertainment, but this comic adaptation will satisfy fanboys and newcomers... If there's a guiding philosophy for this motley sextet of vigilantes, philosophers, thrill seekers and latex fetishists, it's that they're in it mainly for themselves." (3 and a half stars out of 4)

• The Indpendent: Watchmen returns: The 20-year struggle to bring a cult classic to the big screen
Posted by John Freeman at 12:04 pm