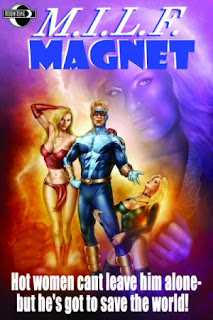 • This is the 1500th Post to the downthetubes blog! Some sort of milestone. downthetubes itself has been going in varied forms since 1999. Special thanks to all our contributors, old and new!

• Erik Salholm has just posted a short interview with Kane and Jack Staff creator Paul Grist in which the creator talks more about his new comic, Eternal Warrior, which is now online. “Each story needs a different approach," he sasy of the styling to the new strip. "I think my ‘style’ is distinctive, without being the same regardless of the story. I'm trying to work my way through different story genres - humour, crime, superhero and now fantasy (for want of a better word) - eventually I'll find something I'm good at!”

• Manga expert and former Titan Magazines co-worker Jonathan Clements reveals he is now avalable in podcast form, courtesy of the people from the Right Stuf, who interview him on their latest Anime Today show about anime, manga, and the difficulties of getting Chinese waiters to sing Help Me Rhonda.

• (with thanks to Eddie Campbell): Just found Larry Latham's fab web site Lovecraft is Missing, which not only features his eponymous, gorgeous comic that he both writes and draws, and has been running since last August but a host of other visual goodies, too. The colouring on the pages is by Eric Lee (who has his own web strip here) and Tony Johnson.
Posted by John Freeman at 12:46 pm