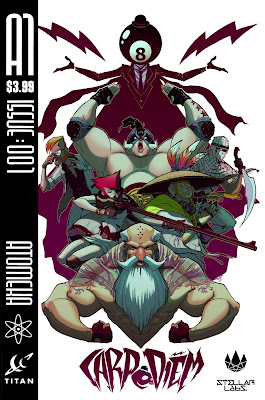 Hot on the heels of the recent announcement that Titan Comics is offering new original creator-owned series in 2013, Titan has released information about a new co-publishing venture with A1 publisher, Dave Elliott.

Dave Elliott has more than 25 years of experience working in the comic book industry. He created Sharky and Maximum Force and has worked on diverse titles such as Deadline, 2000AD, Justice League of America, Transformers and GI Joe.  In 2006, he co-founded Radical Studios and played an integral role in the development and launch of Radical’s premiere comic book titles, several of which have now begun development as film properties – including Hercules, Shrapnel, Caliber, Hotwire, and The Last Days of American Crime and Oblivion, which is due to hit cinemas in May and stars Tom Cruise and Morgan Freeman.

The new publishing venture between Titan Comics and Dave launches in June 2013 and will see the release of brand-new comics and stunning new and classic graphic novels.

The first wave hits from June 2013 with two new series: A1, a monthly revival of the famously experimental anthology and the new music-festival adventure, Tomorrowland. 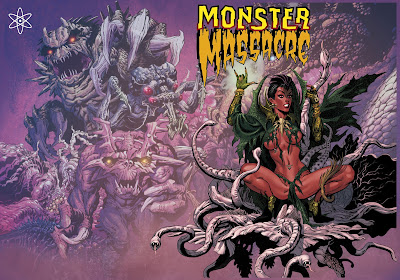 The first collections will drop in September 2013, with releases including the League of Extraordinary Gentleman-style Weirding Willows, supernatural anthology Monster Massacre and the adventures of the teenage god Sharky. The first volume of the new A1 annual and the collection of Tomorrowland will release later in the year.

"Anyone who has been in the comics industry knows Dave Elliott, and his industrious and creative talent," says Nick Landau, Publisher of Titan Comics. “He has an address book like no-one in the business, a never-ending fount of ideas, and the savvy to win the best global creators over to his team. We’re delighted to be co-publishing his latest creations."

Each new release will also be available to read day and date on the iPhone, iPad, Web, Android and Kindle Fire.

The new co-publishing venture begins in June 2013, with two brand-new comic series, with further new collections being released through the year. Here's the information so far:

The exciting return of the award-winning graphic anthology series, this time monthly in a new format. It features three great ongoing strips: Weirding Willows, in which the worlds of Wonderland, OZ, Neverland, Mars, Pelucidar and Elysium clash in the little English town of Willow Weir; Odyssey, An immortal superhero out of place and time finds himself in the middle of a war for mankind between the Angels and the Demons; and Carpe Diem, about the World's seven greatest assassins, one for each day of the week.  Their leader is always a Sir Monday, but the rest of the team always hate Mondays...

• Retailers can order A1 #1 from the February 2013 edition of Diamond PREVIEWS. 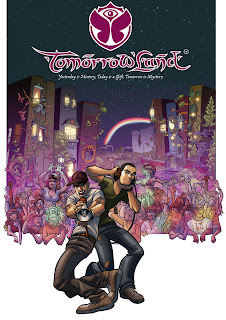 Yesterday is History. Today is a Gift. Tomorrow is a Mystery.

There are two worlds – the world we see, and the one we sense. The world we see is a harsh place: divided by war and political extremism, religious fundamentalism and the pursuit of money. The world we sense is the one that hides in plain sight: you see it in your peripheral vision; moving, vibrant. It’s a world where art, music and science intertwine, where the written word is a powerful tool of creation.

And it is a war that we are rapidly losing…

• Retailers can order Tomorrowland #1 from the April 2013 edition of Diamond PREVIEWS. 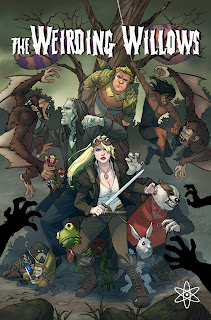 The worlds of Earth, Wonderland, OZ, Neverland, Mars, Pelucidar and Elysium collide like never before. Weirding Willows is a thrilling, emotional rollercoaster of the imagination, across space, time and not so parallel dimensions!

From all around the world, the greatest comic talents are given full and free rein to explore the universe, to seek out new life and new civilizations… to boldly go where no one would dare let them go before!

No matter your tastes in science fiction and fantasy, you will find something here to love.

SHARKY is the Earthbound son of ODIN and the grandson of ZEUS – and he just hit puberty!

• To keep up-to-date with news on all these new series and future releases from Titan Comics, visit www.titan-comics.com or join us on Facebook (www.facebook.com/comicstitan) or Twitter (www.twitter.com/comicstitan).

• Retailers can keep up to date with ordering details and incentives by signing up to Titan’s retail newsletter, here or follow @TitanRetail on Twitter.
Posted by John Freeman at 6:30 pm