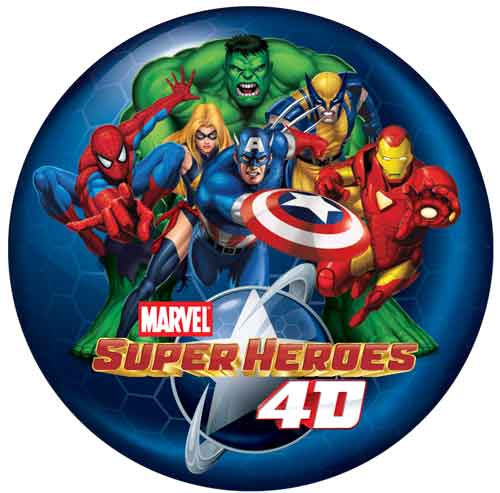 The winners of our Marvel Superheroes 4D competition, run in partnership with SciFiPulse.net, were Yvonne Clark from Bridgend and Andrew Dommett from Tividale, who each won a pair of tickets to the new exhibition at Madame Tussauds in London.

Congratulations to them both who correctly told us Tony Stark was the name of the billionaire who is also the Marvel superhero, Iron Man.

Two of the world's leading entertainment brands - Madame Tussauds and Marvel Entertainment - have joined forces to create a unique new visitor experience at the leading London attraction - MARVEL SUPERHEROES 4D. As we previously reported, the stunning Marvel Super Heroes 4D features a mix of 4D animation, interactive themed areas and startlingly realistic Madame Tussauds wax figures over three floors of the attraction, featuring characters such as the Hulk, Iron Man, Nick Fury, Spider-Man and many others. There's even a specially-shot film that forms part of the exhibition.

• For more information about Marvel Super Heroes 4D go to: www.madame-tussauds.co.uk/4d
Posted by John Freeman at 11:06 am