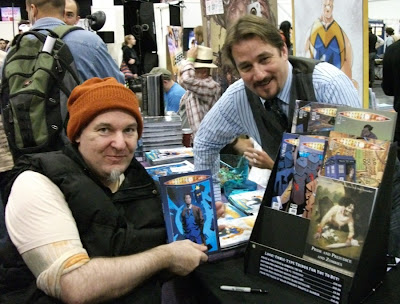 Al Davison and Tony Lee with the new Doctor Who collection at this year's MCM Expo. Photo: Jeremy Briggs
(via Al Davison): A quick reminder that the first collection of IDW's Doctor Who ongoing series, written by Tony Lee, is out, featuring Al Davison's art on the Silver Scream arc (coloured by Lovern Kindzierski).

The second arc is drawn by Matthew Dow Smith and coloured by Charlie Kirchoff.

Unlike the regular comics, which are technically not available in the UK due to licensing restrictions, Doctor Who: Volume 1 - Fugitive appears to be available and on sale in comic stores and online. 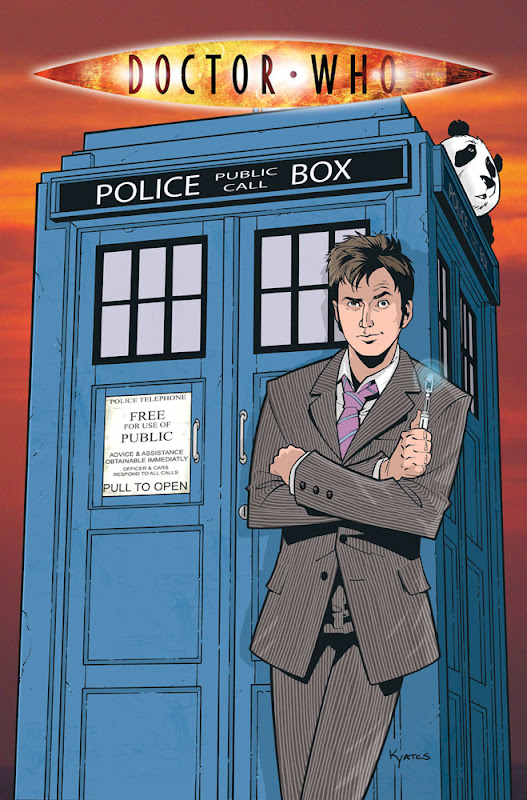 Al also reports the IDW Doctor Who Annual 2010 will be out soon, and features a story written and drawn by him, along with contributions from Tony Lee, Matthew Dow Smith, Jonathan L Davis, Kelly Yates, Phil Elliot, Charlie Kirchoff, Neil Uyetake and Robbie Robbins.

Away from Doctor Who, the Trade Paperback edition of Al's Hokusai Demons, a full-colour collection of dream comics with a Japanese theme, is due out in August, introduced by Neil Gaiman.

collected Trade Paperback is also out now, written by Matthew Sturges and featuring a ten-page story drawn by Al, coloured by Lee Loughbridge and lettered by Todd Klein. Other creators in The Beauty of Decay include Bill Willingham, Luca Rossi, Mike Kaluta, Richard Corben and plenty more.


• Most of Al's work can be ordered directly from www.astralgypsy.com

• More about the Doctor Who Ongoing Series on the TARDIS Wikia
Posted by John Freeman at 10:59 am