Watching the Watchmen at Borders 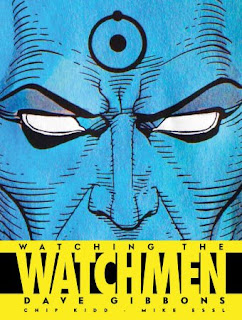 Borders UK has teamed up with Titan Books to bring fans two chances to meet Watchmen artist and co-creator Dave Gibbons, with an in-store signing at Borders Islington on 12th March from 7.30pm and another at Borders Glasgow on 14th March from 1.30pm, when the artist will be signing copies of Titan’s fantastic range of Watchmen books including Watching the Watchmen.

Plus, www.borders.co.uk is running a competition where 50 lucky fans can win the chance to attend an exclusive in-store audience with Dave. Taking place before the signing, the lucky winners will be treated to an exclusive presentation of material from Watching The Watchmen, including original character designs, sketches and early pages, and they’ll have the chance to put their own questions to the acclaimed artist.

Celebrating the release of the movie adaptation from Warner Bros. Pictures and Paramount Pictures, and directed by Zack Snyder (300), which premieres in UK cinemas nationwide on 6th March, Titan Books is also bringing fans three tie-in books to provide the ultimate companions to the movie experience. Watchmen: The Film Companion takes viewers behind the scenes and beyond the screen with interviews and photographs to learn the secrets of the movie’s production; Watchmen: The Art of the Film explores the evolution of the movie’s artistry, from early artwork to finished stills, set piece schematics to prop showcase shots to take readers from Zack Snyder’s production design office (aka ‘The War Room’) right through to the studio floor; and Watchmen: Portraits presents a stunning collection of black-and-white portrait photographs of the men and women behind the production, taken by the movie’s official still photographer, Clay Enos.

• For details of the Signing Competition go to www.borders.co.uk
Posted by John Freeman at 5:05 pm